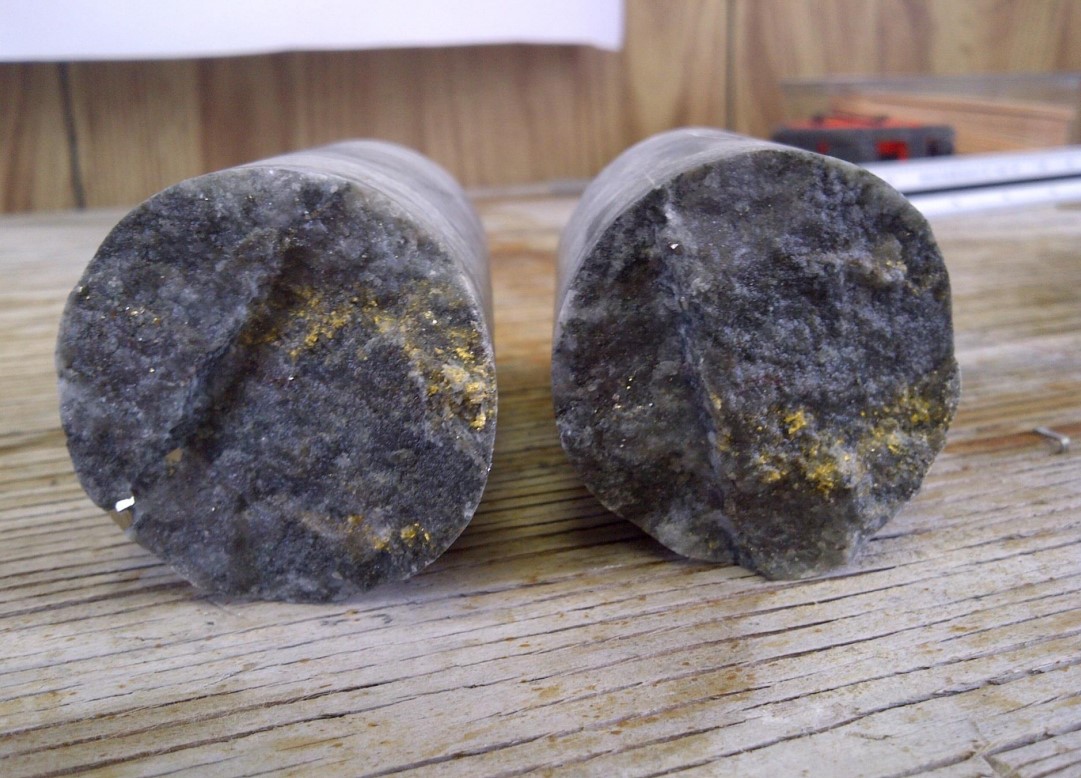 Metals Creek Resources Corp. [MEK-TSXV; MCREF-OTCQB; M1C1-FSE] reported results for three holes of a nine-hole diamond drill program on the Ogden gold project in Timmins, Ontario. The Ogden gold project is a 50/50 joint venture with Newmont Corp. [NGT-TSX; NEM-NYSE], with the company serving as the operator.

Drilling primarily focused on the Thomas Ogden zone (TOG) with two peripheral targets also tested. Drilling at TOG targeted potential flat lying quartz bearing structures and zones of albitization and silicification with associated mineralization within the lowermost portion of the currently defined TOG fold structure. High grade gold mineralization has a strong preferential association with the TOG fold axis which has a shallow plunge to the east.

This hole was drilled to further define gold mineralization associated with the TOG fold structure. Pyrite ranges from 1-5%, with trace arsenopyrite and several fine specks of visible gold.

TOG-22-73 returned a downhole intercept (346.25 – 351.86m) of 4.24 g/t gold over 5.61 metres. This hole was drilled 25 metres west of hole TOG-21-65A which returned a downhole intercept of 9.20 g/t gold over 4.47 metres. Like that of hole TOG-22-72, this hole was drilled to further define shallow dipping gold mineralization associated with secondary structures. Pyrite ranges from 1-5%with trace arsenopyrite and local fine specks of visible gold. Drill intercepts are core lengths and true width will be approximately 70 to 80% of drill intercept length.