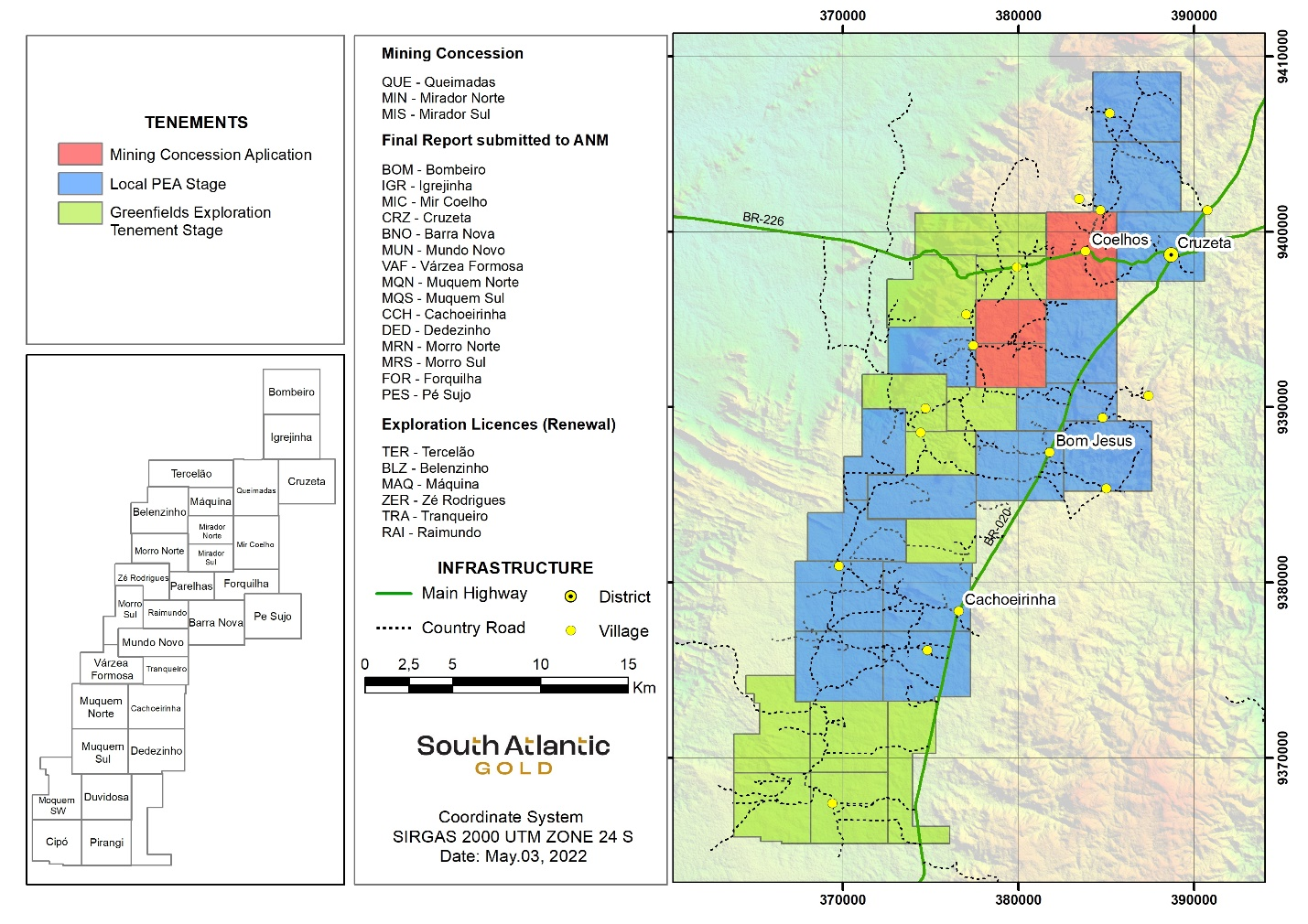 South Atlantic Gold (TSXV:SAO) has announced it has completed a trenching program as part of the Phase II exploration program at Pedra Branca, a project in northeastern Brazil. The highest grading intersection at surface identified was with 3 metres grading 38 grams per tonne gold, after the trenching program assayed more than 200 mineralized intersections.

Douglas Meirelles, the CEO of South Atlantic Gold, commented in a press release: “The Company has successfully completed all trenches for the Phase II exploration program at Pedra Branca. The results have arrived and are being reported as we work to consolidate the data. We have now completed a major milestone and have filed all the final required exploration reports with ANM and expect that these 15 tenements will be approved for the next phases in the process and will be converted from exploration into mining concessions. As shown with the Phase I exploration program, we continue to achieve our objectives on time and on budget.”

The highlights of the Phase II trenching program are as follows:

The current status of the tenements of Pedra Branca can be seen on the graphic below. We have successfully submitted the final exploration report of 15 tenements and are advancing it to a PEA stage within ANM (“Agencia Nacional de Mineração”) as required by local legislation. We have also identified high grade results and several continuously mineralized samples over the entire south portion of the Pedra Branca asset as seen on the table of trench assay results.