“The Troia target represents another high-quality, near-surface zone of significant scale that is rapidly evolving into a compelling drill target,” stated vice-president of exploration, Colin Smith. “Palladium and platinum mineralization occurs within a broad zone along a one-kilometre trend that remains open in both directions of strike.”

Target ultramafic rocks (UM) encountered in 19 Trado holes (62 m of the 206 m augered) and all seven trenches, over geological trend of approximately 1 km in strike length.

PGE assays previously reported from Trado auger drilling and rock sampling, including 23.01 g/t 2PGE+Au and 12.00 g/t 2PGE+Au, warranted follow-up trenching along 600 metres of geological trend to confirm the presence of in-situ PGE mineralization. Seven trenches were excavated (400 m total length), with all exposing UM and UM-derived rock continuity along strike, with significant thickness chromitite-rich UMs in the central two trenches (TR22TR01 and TR22TR02). Trench sampling and mapping are in progress. 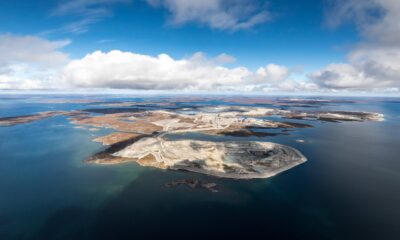