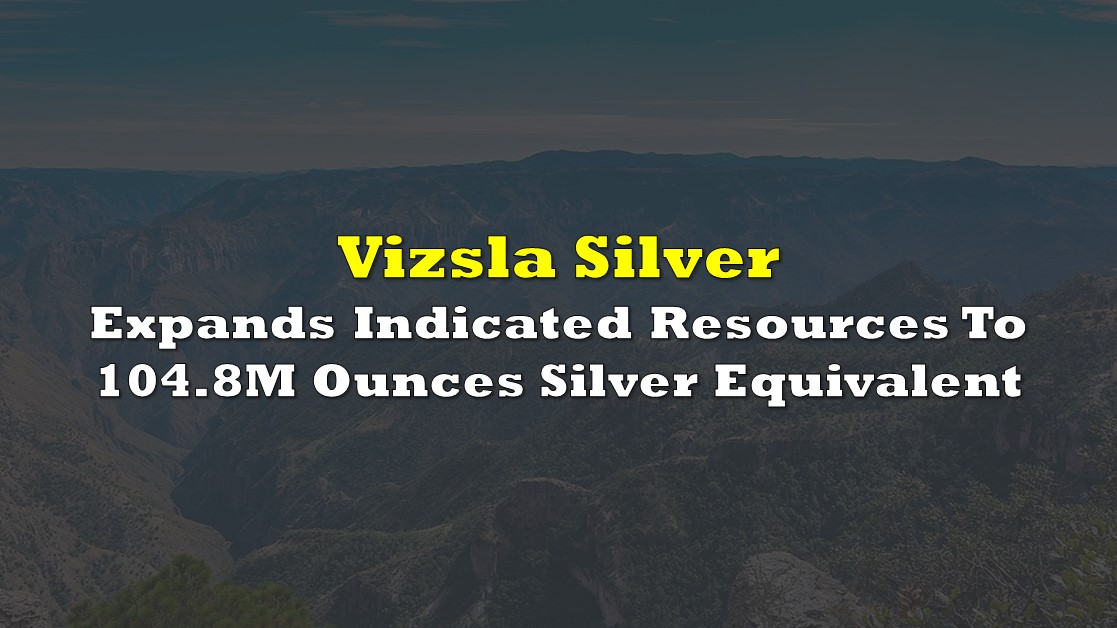 The estimate is said to be based on a total of 644 drill holes that have been conducted since November 2019, resulting in total discovery costs of US$41.8 million – or US$0.19 per silver equivalent ounce.

“Going forward, the Company plans to continue its ongoing aggressive exploration of the district with seven drill rigs focused on category conversion, incremental expansion and testing new targets. This, along with previous drilling completed toto date, will support a potential mineral resource estimate update in the second half of 2023,” said CEO Michael Konnert.

Vizsla currently has an ongoing 90,000 metre drill program being conducted at the Panuco silver-gold project, with seven rigs conducting the program. The focus of that program is currently high priority targets in the west, central, and eastern portions of the district.

Vizsla Silver last traded at $1.76 on the TSX Venture.