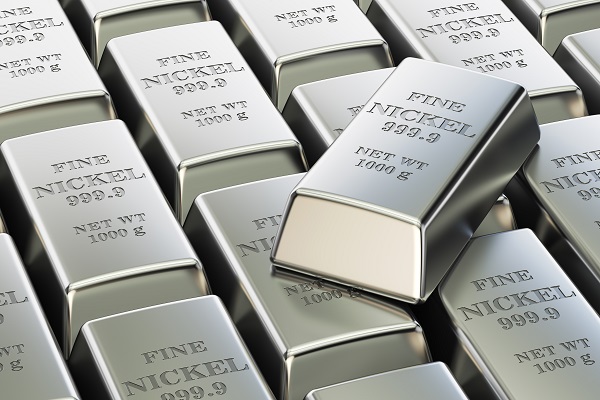 2019 was an exciting period for the nickel market, with increasing demand and supply disruption helping to drive the metal’s price higher at a time when other commodities trod water. Having started the year at $10,600/t (“per tonne”) on the London Metals Exchange (“LME”), the metal hit a high of $18,000/t in September and became one of the year’s strongest performing metals.

The price of nickel subsequently dropped, hitting a low of $13,000/t in December. However, this pullback could have created an opportunity, and investors are now eagerly anticipating what might come in 2020 for the base metal.

With many of the forces that propelled last year’s nickel rally still in place, we have taken a look at several of the London-listed firms that will benefit if the metal soars.

On the demand side, stainless steel – which accounts for most of nickel’s global usage – experienced a surge during 2019.

Meanwhile, the level of nickel required for electric vehicles (“EVs”) continued to grow, with more units being sold at the same time as critical developments in battery technology increased dependency on the base metal. According to the Nickel Institute, two of the most commonly used types of EV batteries, Nickel Cobalt Aluminium and Nickel Manganese Cobalt (“NMC”), are now made up of 80% and 33% nickel respectively. Meanwhile, newer formulations of NMC batteries are also approaching 80% nickel content, the body says.

Elsewhere, nickel prices were bolstered by fears on the supply side. Indonesia, the world’s largest nickel producer, confirmed plans to bring forward a ban on the export of raw nickel ores from 2022 to January 2020. With Chinese producers stocking up on nickel inventories in anticipation of the ban, LME nickel warehouse stock levels have reportedly dropped by almost 50%. In October, Reuters reported that stocks had even fallen to 79,800 tonnes, their lowest value since January 2009.

Nickel currently sits at around $13,800/t, approximately 30% higher than it was a year ago in spite of the recent decline. This suggests that the bull market is still intact, with fundamental growth expected across core markets as supply concerns continue.

From a demand perspective, the use of nickel in the stainless-steel sector is expected to continue to rise at a steady rate.

But the real game-changer for the metal this year could be in EV space. According to Kitco, batteries (including those used to power laptops, phones, etc.) currently account for 5% of the global nickel market. However, with a record four million EV units slated for global sale over the next 12 months, this share could rise to 8% in 2020.

Meanwhile, nickel’s bleak supply outlook is also set to linger. Wood Mackenzie has estimated that Indonesia’s export ban will directly result in the loss of 190,000 metric tons of nickel globally by next year. Meanwhile, very few large-scale nickel projects have been developed in recent years. With the process of moving greenfield nickel assets from exploration through to production taking many years, many analysts believe that LME stocks will continue to fall as demand grows. This is expected to result in an annual average deficit of 60 kilotonnes of the metal through to 2027.

Add the Federal Reserve’s dovish rate stance into the mix, and the combination of dwindling supply and rising demand could create an ideal setting for nickel explorers and producers globally.

For example, Fastmarkets analysts forecast an average LME nickel cash price of $16,375/t in 2020- a considerable leap on the metal’s current position. Meanwhile, Wood Mackenzie expects nickel prices to continue breaking out beyond the current 12-month period, reaching $25,000/t by 2025 and $28,000/t by 2027.

Who will be the big nickel winners?

Several firms listed on London’s junior market are well primed to benefit from an increase in nickel prices throughout 2020.

Horizonte Minerals (LSE:HZM) is one of the most likely candidates. The company wholly-owns the advanced Araguaia ferronickel project and the earlier-stage Vermelho nickel-cobalt asset to the south of the major Carajás mining district in Brazil.

Horizonte has grown the resources of its assets by more than 800% in just seven years. It now plans to turn Araguaia into Brazil’s next major tier-one producing ferronickel mine by 2022.

The firm recently entered a $25 million royalty agreement with Orion Mine Finance, providing the initial capital required to begin an early works programme at Araguaia and advance the project towards construction. At a nickel price of $14,000/t, the project has an estimated net present value (“NPV) of $741 million and an internal rate of return (“IRR”) of 23.8% (provided stage two expansion is completed).

Applying recent nickel price highs of $16,000/t only serves to improve Araguaia’s economics. Under these conditions, the asset’s NPV rises to $1 billion while its IRR hits 30%. This would see the project generate free cash flow of $3.5bn. For perspective, Horizonte’s market cap currently sits at £51.8 million.

Another London-based stock that could benefit from surging nickel prices is Power Metal Resources (LSE:POW). This company recently confirmed that it would earn-in to a 40% interest in the Molopo Farms Complex (“MFC”) nickel-copper-PGM (“platinum group metals”) project in Botswana, giving it an effective project interest of 50.96%.

Following an airborne survey and follow-up groundwork in 2019, five targets have been selected at the MFC project as a focus for an initial drilling programme. Power Metal describes these targets as highly conductive bodies that “could potentially be host to massive nickel sulphides” due to their location, geology, and associated magnetic responses.

Finally, a third London-listed firm operating in the nickel space is Regency Mines (LSE:RGM). Following a significant management shakeup last year in the wake of a challenging period, the organisation plans to push forward at its flagship, 50%-owned Mambare nickel-cobalt project in Papua New Guinea. Mambare covers 256 square kilometres and contains a compliant resource of 162.5 million tonnes at 0.94% nickel and 0.09% cobalt.

The macro trade winds for the price of nickel look highly favourable. Given that Indonesia’s export ban will come into force imminently, supply is inevitably going to tighten this year. Meanwhile, the Federal Reserve’s hesitancy around raising interest rates any further this year is likely to cause further dollar weakness- a generally bullish force for commodities.

In parallel, 2020 is also expected to welcome in a great deal of EV market growth, putting further upward pressure on nickel prices. Following the nickel sell-off in the last quarter of last year, this could open up a valuable investment opportunity – especially given that stocks operating in the nickel market generally fell alongside the base metal. If the bullish outlook for nickel materialises into another price rally, it stands to reason stocks with nickel exposure will follow suit.

Given the stage of Araguaia’s development and the potential for news flow from Vermelho, Horizonte Minerals offers low risk and potentially sizeable returns at 3.1p (as at 21 January 2020). Power Metal, on the other hand, is a racier option. However, after raising £700,000 in December, the organisation has the funding in place to deliver exploration progress.

If looking to take a punt on nickel having another bumper year, these two stocks could present significant upside to your portfolio.