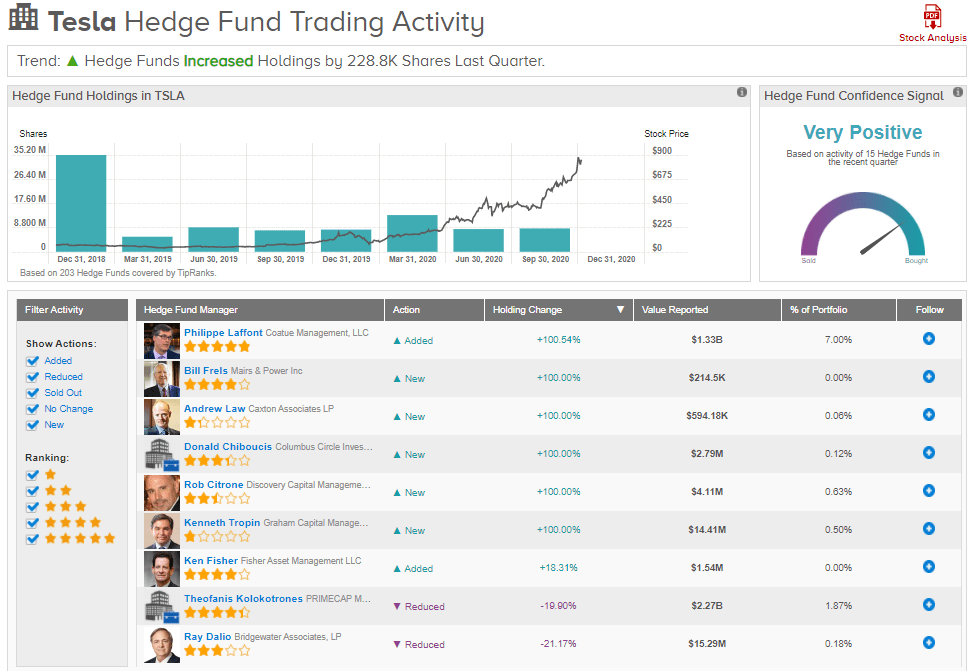 Tesla’s (TSLA) vehicles that have been asked to recall involve 2012-2018 Model S and 2016-2018 Model X. The US car-safety regulator stated that its Office of Defects Investigation unit has detected a media control unit failure leading to the vehicles' rearview camera and touchscreen displays not working.

The NHTSA has asked the electric vehicle maker to respond to the recall request by Jan. 27. Failure to do so will attract civil penalties. (See TSLA stock analysis on TipRanks)

On Jan. 13, Edward Jones analyst Jeff Windau initiated coverage on Tesla with a Hold rating. Although Windau views TSLA as a market leader in the electric vehicle space, he also sees the company facing incremental competition.

The rest of the Street is sidelined on the stock. The Hold analyst consensus shows 14 Holds, 7 Buys, and 6 Sells. The average price target of $534.63 implies downside potential of 37.4%. Shares have rallied by about 714% over the past year.

Three Sectors Poised to Benefit From Democrats’ Sweep of Government

Is a Dollar Crash Coming?

Hardy Bacteria Turn Out to be Good Cobalt Miners