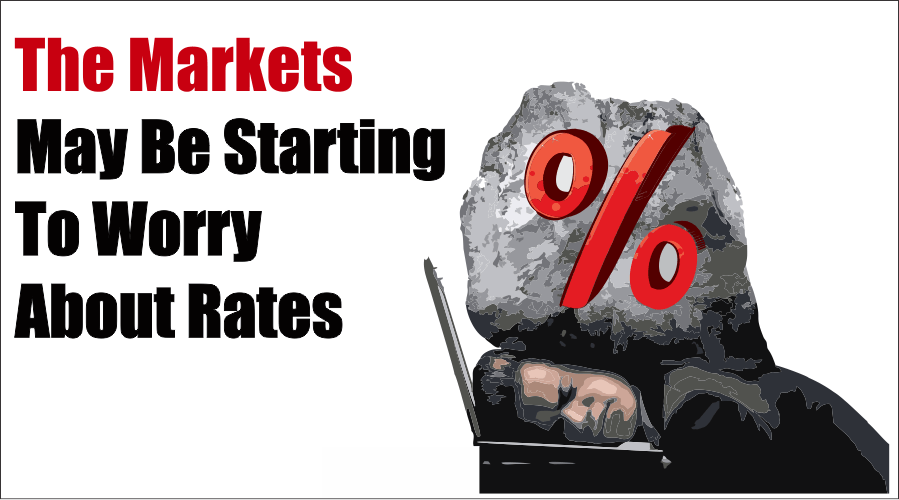 Catch Up On What You Missed Last Week

This past week was interesting.

I live in a suburb of Houston, Texas, and was one of the 2.6 million that lost power and water for several days. It was an exciting adventure in survival as our house’s temperature dropped below freezing and ice formed on our emergency water supply in the bathtub.

However, between sitting in cars to charge the laptop and phone batteries and warm up a bit to figuring out how to make coffee on a gas stove, everyone made it through. The lesson we all relearned during this event is not to take for granted even the smallest luxuries in life or each other.

This week’s newsletter will be abbreviated as I still don’t have access to everything just yet. However, by next week, we should be back to normal.

I previously stated that with the market already trading 2-standard deviations above the 50-dma, further upside could be limited. Such was the case as markets struggled all week to hold gains in a very narrow range. (Horizontal dashed lines.)

Currently, the money flow signals remain positive, but “sell signals” did trigger as of the close on Friday. While the money flow itself remains strongly positive, the “sell signals” continue to suggest downward pressure on prices currently. However, given the more extreme overbought and bullish conditions, there is a risk of a deeper correction over the next few weeks.

Importantly, as discussed last week, while we will certainly warn you of when our indicators turn lower, the problem remains two-fold:

In other words, it is often advantageous to pare risk by “leaving the party a little early.”

Are Rates About To Cause A Problem

The question we need to answer is why the market has been struggling as of late. As we touched on last week, investors may be starting to factor in the twin threats of higher inflation and interest rates. To wit:

“With an economy pushing $85 trillion in debt, the entire premise of the ‘consumption function,’ as well as ‘valuation justification’ for the stock market, is based on low-interest rates. However, that is rapidly ending as the rise in rates is now approaching a “danger zone” for the markets.”

As discussed in our #Macroview report yesterday, interest rates are rapidly approaching the 1.5% to 2.0% barrier, where higher payments will collide with disposable income. Historically, such has not ended well for markets.

The rise in interest rates is much more problematic than most suspect. Higher interest payments reduce capital expenditures, threatens refinancing, and spreads through the economy like a virus.

As noted by Laura Cooper yesterday:

“The writing may soon be on the wall for the buy-everything-but-bonds rally, with focus on inflation fears and subsequent Fed tightening. Yet it’s rising real yields that might prove to be the ultimate stumbling block for the risk rally.”

Higher rates also quickly undermine one of the critical “bullish supports” of the last decade:

“In a heavily indebted economy, increases in rates are problematic for markets whose valuation premise relies on low rates.”

“Each time rates have ‘spiked’ in the past; it has generally preceded a mild to a severe market correction.

As is often stated, ‘a crisis happens slowly, then all at once.’

So, how did the Federal Reserve get themselves into this trap?

While the Fed continues to suggest they will let “inflation run hot” for a while, the problem is that the real economy won’t. The impacts of higher payments and costs will derail consumptive spending very quickly, given the real economy is still massively dependent on “life support.”

Equally problematic is when the stock market suddenly realizes that higher rates have derailed a primary thesis of overpaying for value.

One that I will discuss more in Monday’s blog is the fact that “no one is bearish.” Of course, that may be reason enough to be concerned.

As Bob Farrell once noted:

“When all experts agree, something else tends to happen.”

We must consider two issues.

The first is that current levels of speculation have increased the risk of a more extreme reversion. As physics’s fundamental laws suggest, a rubber-band stretched to its limit will experience a move of equal intensity in the opposite direction.

The second problem is the demise of the T.I.N.A. (There Is No Alternative) trade.

When “risk” becomes realized, there is now a “safe” alternative.

The shift will likely not be subtle.

From a portfolio management perspective, we have started to raise cash and reduce our equity risk somewhat. Our bond portfolio now has a very short duration, and high cash levels are acting as an early hedge against volatility.

We are not getting overly aggressive on hedging risk just yet as the money flow indicators, as shown above, remain supportive. However, that signal is beginning to get more extended, and the market is starting to show early signs of deterioration.

As I stated in the open, sometimes we need to act in advance of the correction. Such is particularly the case when there is excess speculation that can lead to very sharp single-day declines that make it extremely difficult to take appropriate actions amid a “panic-driven” sell-off.

If you missed this week’s post on Howard Marks on “speculative manias,” it is a good analysis of what we are dealing with currently.

Importantly, it is essential to remember that portfolio management is not about ALWAYS being right. It is about consistently getting “on base” that wins the game. There isn’t a strategy, discipline, or style that will work 100% of the time.

“The biggest investing errors come not from factors that are informational or analytical, but from those that are psychological.” – Howard Marks

The biggest driver of long-term investment returns is the minimization of psychological investment mistakes. As an investor, it is merely your job to step away from your “emotions” for a moment. Look objectively at the market around you. Is it currently dominated by “greed” or “fear?” Your long-term returns will depend not only on how you answer that question but how you manage the inherent risk.

Whether it is Paul Tudor Jones or any other great investor throughout history, they all had one core philosophy in common; the management of investing’s inherent risk.

As many of those found out during the Gamestop saga:

“If you run out of chips, you are out of the game.”

If you need help or have questions, we are always glad to help. Just email me.

See You Next Week

Discover All You Are Missing At RIAPRO.NET

This is what our RIAPRO.NET subscribers are reading right now! Risk-Free For 30-Day Trial.

A Conservative Strategy For Long-Term Investors

If you need help after reading the alert, do not hesitate to contact me.

Model performance is a two-asset model of stocks and bonds relative to the weighting changes made each week in the newsletter. Such is strictly for informational and educational purposes only, and one should not rely on it for any reason. Past performance is not a guarantee of future results. Use at your own risk and peril.

As an RIA PRO subscriber (You get your first 30-days free), you can access our live 401k plan manager.

Compare your current 401k allocation to our recommendation for your company-specific plan and our 401k model allocation.

You can also track performance, estimate future values based on your savings and expected returns, and dig down into your sector and market allocations.

If you would like to offer our service to your employees at a deeply discounted corporate rate, please contact me.

The post The Markets May Be Starting To Worry About Rates 02-19-21 appeared first on RIA.

Top Mining Stocks To Buy Or Sell Before Next Week?