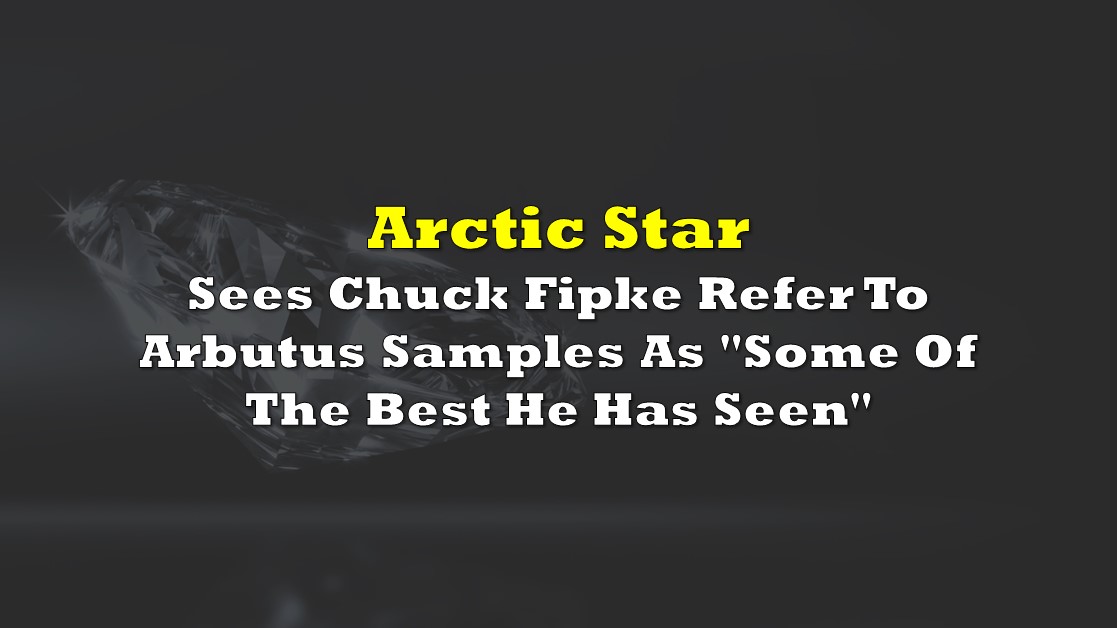 Arctic Star Exploration (TSXV: ADD) this morning released an analysis conducted on material collected from the Arbutus kimberlite at their Diagras Project, found in the the Northwest Territories. The analysis, conducted by C.F. Mineral Research, has indicated that the kimberlite contains “excellent diamond indicator material.”

The analysis itself was conducted by Chuck Fipke, the man credited with establishing the Canadian diamond industry following the discovery of diamonds in the Northwest Territories in the 1990’s. In total, he analyzed 3.0 kilograms of kimberlite collected at Arbutus via three samples.

After studying the samples, the material is said to consist of abundant indicators in a relatively small sample, and commented that sample DG-2022-09A, “Di* indicator results are the best C.F. Mineral have ever encountered.“

“Indicator mineraIs are an important adjunct, when first encounting a new kimberlite discovery. Dr. Fipke’s results and interpretation are telling us that:

The results analyzed were compared against a database of over 11,000 diamond inclusion indicators from sources of diamonds found around the globe. Among them, sample DG-2022-09A stood out, with Fipke also commenting that they would expect the kimberlite phase of the sample “to be loaded with diamonds and additionally contain some very large diamonds.“

The full report as released by Arctic Star can be found here.

Arctic Star Exploration last traded at $0.065 on the CSE.

The post Arctic Star Sees Chuck Fipke Refer To Arbutus Samples As “Some Of The Best Chemistries He Has Seen” appeared first on the deep dive.