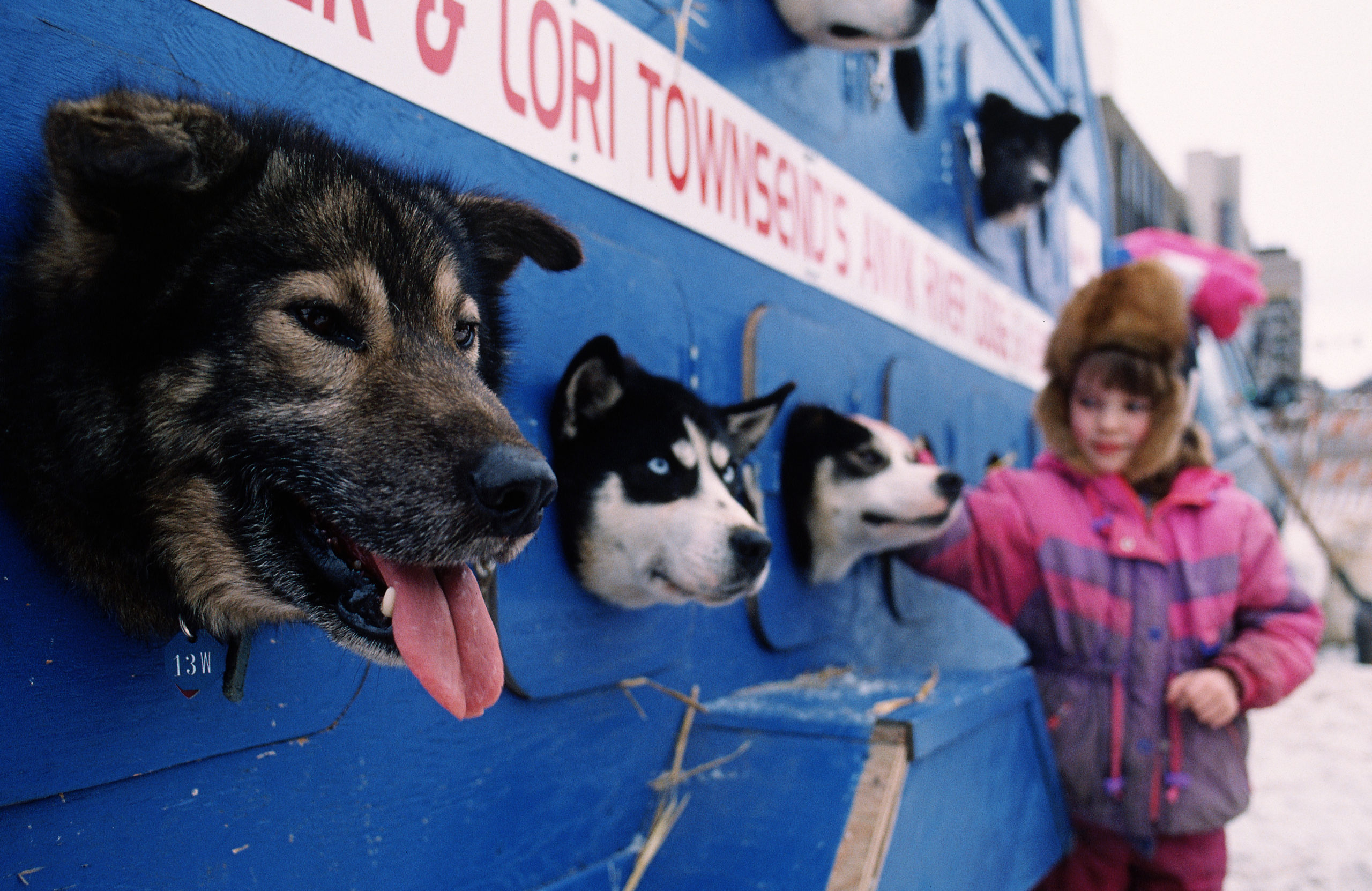 With the markets wandering about like lost lambs, we’ve got a little ray of good news to report – a dog that went missing during The Iditarod, the world’s premier dog-sledding race in Alaska, has made a remarkable return, months after going AWOL, probably after realising what a horrible job it has.

At this year’s event, top-shelf pupper and all-round survival expert Leon did what many of us in the Stockhead newsroom would do, if theoretically we were tied to some unseen burden and then lashed within an inch of our lives 24/7 towards some unseen purpose – when his master stopped for a smoko, Leon buggered right off.

Leon was eventually spotted 240km away from where he’d decamped the scene, starving and lurking like a horror movie zombie around an isolated cabin in the woods. Horrible, horrible freedom.

Locals lured Leon away with food, got a leash on him and reunited him with his owner, the improbably-named Sebastien Dos Santos Borges of France.

Dos Santos Borges had continued to race through the snow with only 11 dogs, and eventually surrendered a pride-shattering 35km from the finish line, another two dogs out of commission.

The Idiotarod (or however you say it) is a 1609km race through the Alaskan snow-covered wilderness, for people called ‘Mushers’ who like shouting at animals and losing their toes to frostbite.

The ASX 200 has started the week on wobbly legs, giving back its Friday gains, slumping at the open, before the morning coffee kicked in and trade perked up. At lunch, the benchmark was down ~0.3%.

Setting the charts on fire this morning was explorer Culpeo Minerals (ASX:CPO), which reported hitting 173m grading 1.05% copper in drilling at the Lana Corina project in Chile, sending its price skywards to the tune of ~94.0%.

For those not in the know about copper finds, this news is B-I-G big – and the market has acted precisely as expected, no doubt making anyone with Culpeo in their back pocket very, very happy indeed.

Biggest loser from the top end of town this morning was Magellan Financial Group (ASX:MFG), which had investors screaming ‘OMFG’ after its funds under management fell again in May, down 5.2%.

Magellan’s also been on the nose among investors, not helped after last week’s news that the company is getting punted from the S&P/ASSX 100 index.

Liontown Resources (ASX:LTR) has dropped more than 2.0% despite some really positive news this morning. Liontown has inked a definitive full-form offtake agreement with Tesla for sizeable quantities of spodumene concentrate – to which the market said “meh”.

Sticking with Lithium, Allkem Ltd (ASX:AKE) also dropped into the red, shedding ~1.4% on news that its spodumene production will be 2% to 4% short of guidance.

The company is blaming “the highly competitive Western Australian resources labour market and COVID-19 related requirements” for the dip.

Looking overseas, Asian markets have continued their ponderous move towards bigger and better things. Hong Kong is leading the charge, adding ~1.0%, with Shanghai (+0.66%) and Japan (~0.30%) swimming happily in its wake.

Oil prices have risen ~0.8%, as the war in Ukraine puts further pressure on energy issues across Europe, and rumblings from OPEC about tight spare capacity, and gold is up ~0.36% as safe-haven investors continue to limp through the door in search of somewhere to hide.

We’ve already talked about Culpeo’s insane leap into the stratosphere, but elsewhere in the world of small cap winners is Registry Direct (ASX:RD1), up ~73% after it was announced that Complii FinTech Solutions (ASX:CF1) had locked up an off-market, all-scrip takeover of the company, with shareholders snaring one fully paid ordinary share in Complii for every 4.5 Registry Direct shares held.

And Athena Resources (ASX:AHN) also jumped, after its response to an ASX Price and Volume Query gave folks a feelin’ kinda groovy sensation in their wallets, and (we assume) their hearts and minds as well.

The post ASX Small Cap Lunch Wrap: Who else is wandering the wilderness today? appeared first on Stockhead.