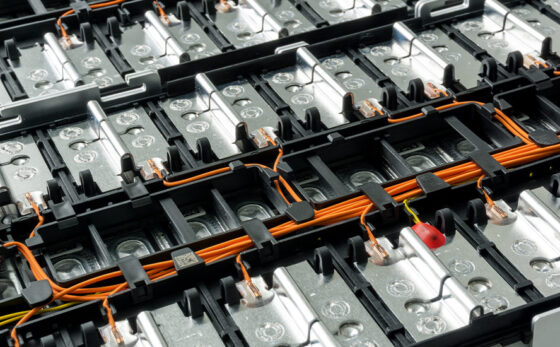 All your lithium news, Tuesday January 24.

China’s largest battery producer, CATL, and largest cobalt miner, China Molybdenum (CMOC) have been picked to lead a consortium (known as CBC) into the development of Bolivia’s lithium reserves.

According to Reuters, the agreement was announced at an event in the political capital La Paz and will see the group undertake direct lithium extraction from the Uyuni and Oruro salt flats in Bolivia.

Bolivia holds the world’s largest lithium resources at 21Mt but almost no industrial production or commercially viable reserves. This deal is an attempt to unlock the country’s potential as a supplier of the material for batteries.

It allows the Consortium to develop two lithium plants – each with an annual production capacity of up to 25,000t of battery grade lithium carbonate annually – with the first phase involving an investment of more than $1bn from CBC.

A total of 53 stocks finished in the green, 52 fell flat and 32 tumbled into the red.

Modelling of the Chubb lithium project, which Burley Minerals is in the process of acquiring, has outlined a substantial exploration target with at least five parallel stacked lithium-bearing spodumene dykes that are open along strike and at depth.

“Drilling and clearing permits have been lodged to test all five lodes over a strike potential of 1,200m to vertical depths of up to 250m,” the company said.

“The new and extended Program of Works (PoW) Application is forecast to see drilling approvals granted in early February with drilling aimed to commence in late February.”

The now simplified JV structure flowing from this reworked agreement will give Gold Mountain much more control over the quantum, location and timing of exploration related expenditures on these assets.

Senior Gold Mountain staff are scheduled to travel to Brazil in late January or early February 2023 to plan and implement a staged exploration program with the aim of identifying drill targets in these now majority-owned assets.

High-grade lithium drill results from pegmatites at the Waratah Well Project in Western Australia’s Murchison region have been received, returning 14m at 1% Li2O, including 8m at 1.5% Li2O and 10m at 1.4% Li2O, as well as 6m at 2% Li2O.

The current drill program, consisting of 13 RC holes, was designed to assess potential changes in lithium mineralogy below the depth of weathering and possible lithium depletion of lithium mineralisation intersected in drilling completed in mid-2022.

Zenith says this has been confirmed with planning underway for a follow-up drill program to define the extents of lithium mineralisation that remains open to the north, south and east under shallow soil cover.

Garoute has more than 20 years’ experience with both TSX and ASX listed companies with international exposure.

She most recently held the position of CFO at Champion Iron Ore (ASX:CIA) and was CFO and Corporate Secretary with TSX-listed Roxgold between 2013 and 2018.

LRS has received the latest assays from diamond drilling completed in late 2022, which confirm the company’s assessment that the Colina West Prospect represents an exceptional resource growth opportunity.

LRS geology manager Tony Greenaway says the Colina West area is shaping up to be a critical new discovery.

“The thick high‐ grade mineralisation we have encountered here is on par with, or arguably better that the main Colina deposit.

“The potential scale of the Colina West discovery, highlighted by these latest results, means that this area is a major focus for our current 2023 drilling campaign.”


The post Eye on Lithium: CATL-led consortium ‘the chosen one’ to kickstart Bolivia’s lithium industry appeared first on Stockhead.