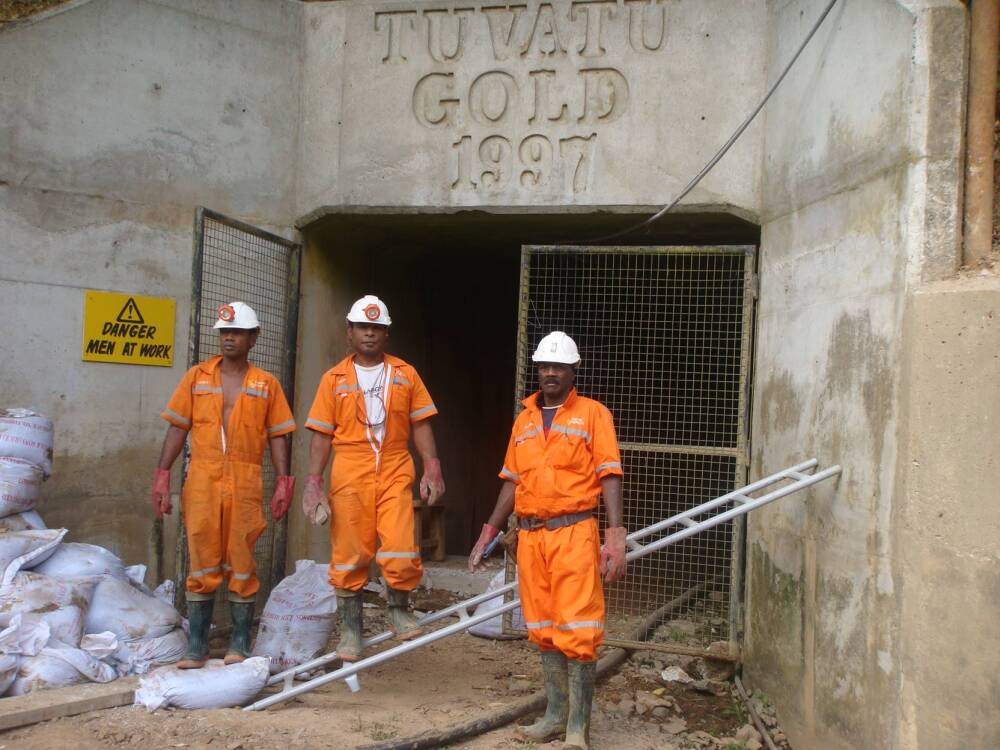 Another analyst initiated coverage on the well-positioned and managed Lion One Metals, developing an alkaline epithermal gold deposit in Fiji, noted a ROTH Capital Partners report.

Lion One Metals $LIO.V recent discovery of a high-grade feeder at its Tuvatu project led ROTH Capital Partners to initiate coverage on the junior miner with a Buy rating and a CA$2.50 per share price target, reported analyst Mike Niehuser in a June 17 research note. In comparison, Lion One’s current share price is around CA$1.41.

“Lion One is advancing its near-surface, high-grade gold deposit to production, drilling the underlying feeder zone and exploring the Navilawa caldera with the potential to exceed 10,000,000 ounces (10 Moz),” Niehuser wrote. The company is now completing the underground development of a low-cost mine at Tuvatu.

The analyst shared the three major factors that make Lion One a compelling company in which to invest.

Tuvatu, a high-grade alkaline epithermal gold deposit, has the potential to grow into a multimillion-ounce gold resource. This deposit type, Niehuser indicated, tends to host high-grade mineralization in mineable widths and with vertical continuity to more than 1 kilometer (1 km) in depth.

Niehuser cited Vatukoula as a similar type of project located on the same trend in Fiji as Tuvatu. It is large with 7–11 Moz and high grade and has an 85-year operating history. Porgera, with 16–35 Moz, is another example. These two projects and Tuvatu all are on the Pacific’s Ring of Fire.

“Given the proximity and numerous positive characteristics, Lion One’s position in the Navilawa Caldera could match or better Vatukoula,” Niehuser wrote.

“This indicates that Tuvatu is on course to become one of the world’s next deep, high-grade gold mines,” Niehuser commented.

The updated Tuvatu preliminary economic assessment (PEA) outlines a five-year mine plan at a base case gold price of $1,400 per ounce. It shows an after-tax net present value discounted at 5% of $121.7 million ($121.7M) and internal rate of return of 50.9%.

“The updated PEA outlines a conservative ‘starter’ operation for an economically viable, modest-scale underground gold mine,” Niehuser wrote. “Nevertheless, the PEA has robust economics that we think are certain to be refined at a higher confidence level given subsequent development.”

Along with Tuvatu, exploration upside exists for the company elsewhere in the Navilawa caldera, where the strike of the mineralized system extends 7 kilometers. Already, Lion One has identified additional prospects in the caldera, such as Banana Creek and Jomaki-Ura-Kubu.

“Beyond Tuvatu, given early exploration results within the Navilawa caldera, we believe that there is the potential for an additional three to four Tuvatu-like prospects,” Niehuser wrote.

Niehuser noted Lion One is well-positioned financially, with more than enough cash to fund continued exploration and soft development of Tuvatu and the Navilawa caldera for at least a year, Niehuser pointed out. At the end of March 31, 2022, the company had about CA$32.9M in cash and CA$10M in short-term investments.

Along with a potentially world-class mining project, Lion One has ample infrastructure, which affords it a competitive advantage, noted Niehuser. In terms of access, a network of roads to Tuvatu and throughout the caldera exists, and the airport is nearby. Company-owned assets supporting exploration efforts are the on-site assay laboratory and the fleet of seven drill rigs.

A further advantage to Lion One is its strong management team, wrote Niehuser, made up of accomplished and experienced mining industry professionals, and their relationships with the Fijian government and local service providers, including geologists and drillers.

At the helm of Lion One is CEO and Founder Walter Berukoff, who has been active in Fiji for over a decade. His resume includes being the founder and CEO of Miramar Mining Corp., Northern Orion Resources, and La Mancha Resources and operating or commissioning gold mines in seven countries. Also currently, Berukoff is the managing director of Red Lion Management, a merchant banking firm.

Also of note, Quinton Hennigh, internationally renowned geologist, is and has been the technical adviser for Tuvatu since 2019. His 25-year exploration experience includes having worked with gold majors such as Homestake Mining Co., Newcrest Mining Ltd., and Newmont Corp.

“It appears that the current team is working in harmony to take Lion One and the Tuvatu project in the Navilawa caldera to the next level,” Niehuser added.

2) The following companies mentioned in this article are billboard sponsors of Streetwise Reports: Lion One Metals Ltd. Click here for important disclosures about sponsor fees.

5) From time to time, Streetwise Reports LLC and its directors, officers, employees, or members of their families, as well as persons interviewed for articles and interviews on the site, may have a long or short position in the securities mentioned. Directors, officers, employees, or members of their immediate families are prohibited from making purchases and/or sales of those securities in the open market or otherwise from the time of the decision to publish an article until three business days after the publication of the article. The foregoing prohibition does not apply to articles that in substance only restate previously published company releases.

Regulation Analyst Certification (“Reg AC”): The research analyst primarily responsible for the content of this report certifies the following under Reg AC: I hereby certify that all views expressed in this report accurately reflect my personal views about the subject company or companies and its or their securities. I also certify that no part of my compensation was, is or will be, directly or indirectly, related to the specific recommendations or views expressed in this report.

ROTH Capital Partners, LLC expects to receive or intends to seek compensation for investment banking or other business relationships with the covered companies mentioned in this report in the next three months. The material, information and facts discussed in this report other than the information regarding ROTH Capital Partners, LLC and its affiliates, are from sources believed to be reliable, but are in no way guaranteed to be complete or accurate. This report should not be used as a complete analysis of the company, industry or security discussed in the report. Additional information is available upon request. This is not, however, an offer or solicitation of the securities discussed. Any opinions or estimates in this report are subject to change without notice. An investment in the stock may involve risks and uncertainties that could cause actual results to differ materially from the forward-looking statements. Additionally, an investment in the stock may involve a high degree of risk and may not be suitable for all investors. No part of this report may be reproduced in any form without the express written permission of ROTH.