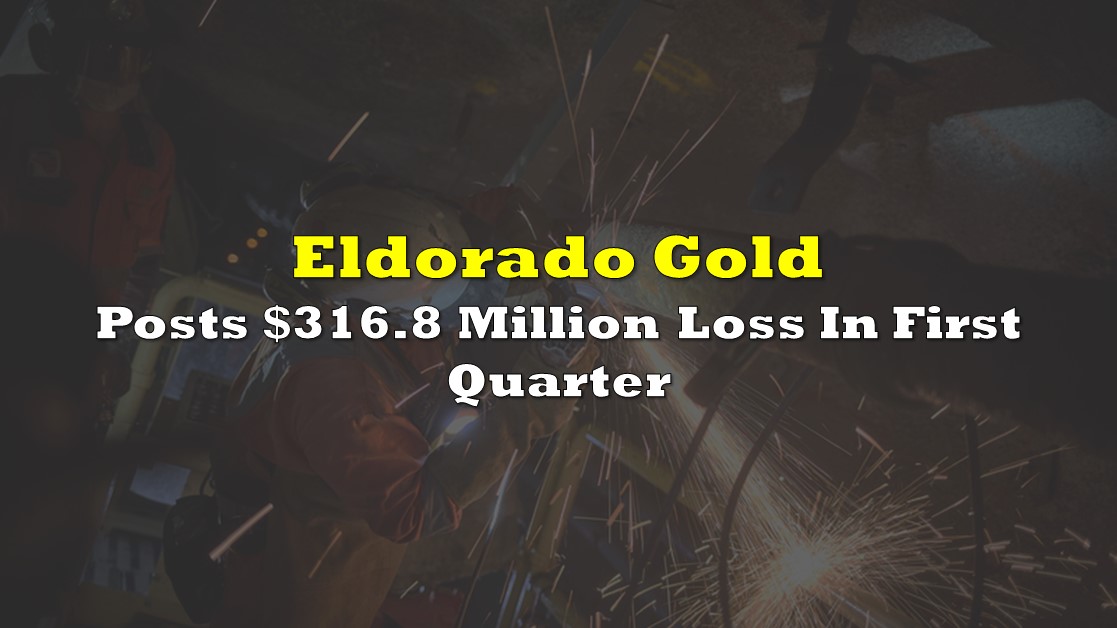 Eldorado Gold (TSX: ELD) last night filed its first quarter financial results, which follows the previous release of production results for the quarter. The company managed to generate a total of $194.7 million in gross revenue for the quarter, off the back of 94,471 gold ounces sold.

“Our global operations were met with significant challenges in the first quarter. Severe weather in Turkey and Greece, a government-mandated power outage in Turkey, and COVID-related absenteeism across all sites impacted our production.” commented CEO George Burns.

The quarter got no better from here, with the company posting its second consecutive quarter of losses. Following a $43.1 million net loss in the fourth quarter, Eldorado Gold posted a net loss of $316.8 million for the first quarter, or a loss of $0.10 per share.

The major loss is said to be attributed to the impairment of the Certej project that resulted in a $365.4 million charge, and the impairment of certain equipment at the firms Kisladag operation that was decommissioned.

Finally, the company saw its cash position decline from $481.3 million to $434.7 million over the course of the quarter, with free cash flow coming in at negative $26.8 million.