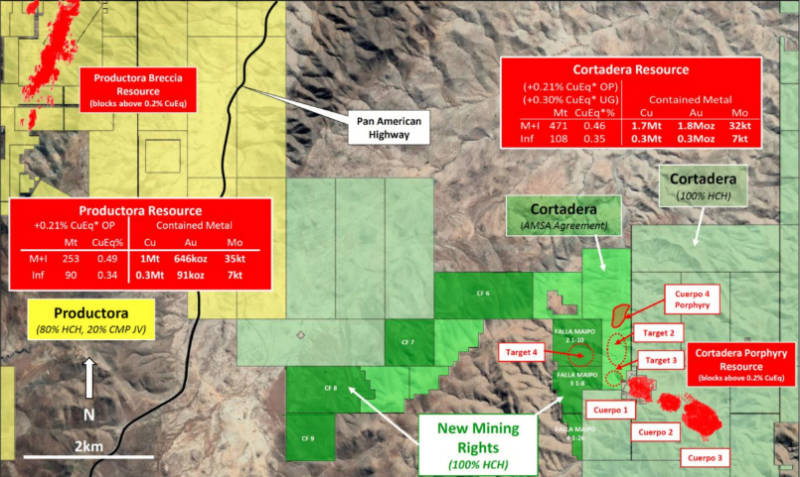 The new rights – secured at low-cost through a government-run public auction – cover the western extension of the discovery and increases its prospective strike length to 5.2km, an increase from the 4.1km following the Cuerpo 4 acquisition.

It also consolidates the western extension of Cortadera, allowing the company to test a potentially much larger porphyry cluster.

The Las Canas trend, which includes three of the new porphyry targets and the Cuerpo 4 porphyry, has been extended by more than 1.8km.

Meanwhile, the key Cortadera trend has been extended by 1.1km with the addition of a new porphyry target that is directly along strike from Cortadera on the Serrano fault, an important mineralising fault corridor connecting the Cortadera and Productora copper-gold deposits.

This article was developed in collaboration with Hot Chili, a Stockhead advertiser at the time of publishing.