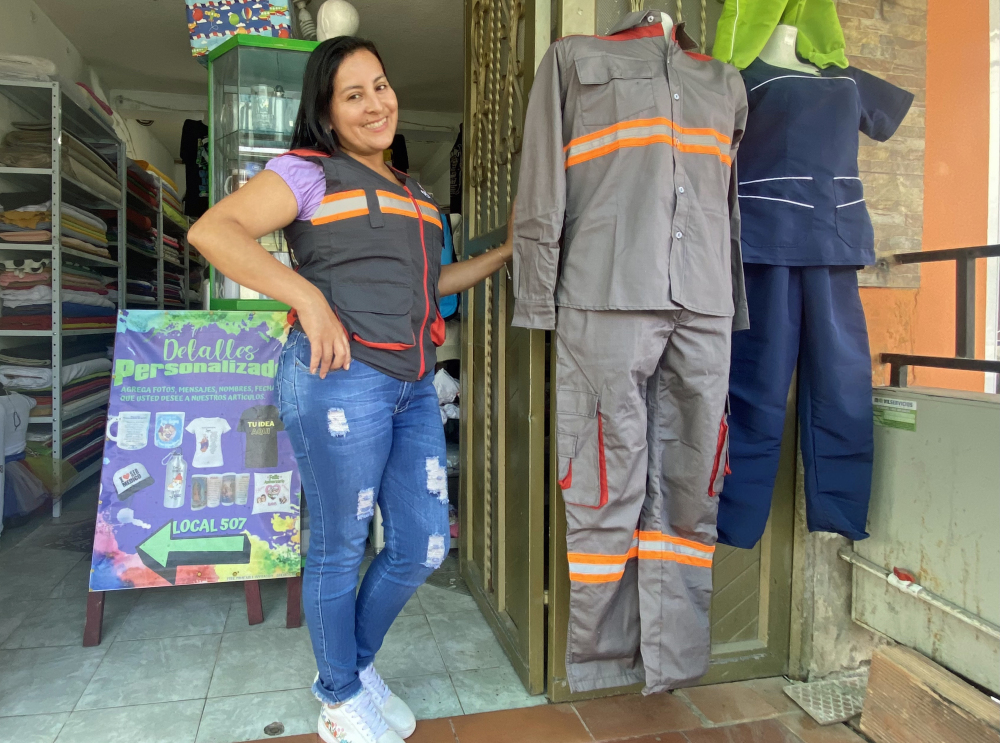 This junior is trying new ways to involve the local population in its project, hoping to take environmental, social, and governance considerations to a new level.

In the corporate world, ESG stands for “environmental, social, and governance,” and is used broadly as a kind of shorthand for community relations.

For some companies, it’s an afterthought and a page on their website. Ian Harris, president, and chief executive officer of Libero Copper and Gold Corp. (LBC:TSX.V; LBCMF:OTCQB), said he wants his company to make more of an impact on the lives of residents.

That’s why in Colombia’s Putumayo Department, where Libero plans on exploring and expanding the latest copper resource in the country, the company is involving the locals in everything they can, from studying the water as a baseline for environmental impacts to supplying the boots (first ever made in the region) and uniforms Libero workers wear onsite.

Magaly Rodriguez, founder, and director of the Diverso Mocoa Clothing Factory, said her five-year-old business had to shutter during the pandemic. The designer and tailor reopened last fall and has made more than 400 uniforms for Libero, allowing her company to grow from two to 15 employees.

“I’m very happy because the amount of work is constant,” Rodriguez said through an interpreter. “Every day, we have more uniforms to make. The income we now receive is steady.”

Rodriguez said it’s also providing an important lifeline for a challenged segment of the community. She’s only hiring single mothers who are the heads of their households.

Libero’s Mocoa project was discovered in 1973 and is the largest copper resource in Colombia, according to the company.

“We believe this should help upgrade the existing ~4.6 billion pounds (4.6B lb) Cu resource at Mocoa from the inferred to indicated category and could likely improve the resource grade,” analyst Taylor Combaluzier of Red Cloud Securities wrote in a research report.

Copper is a huge part of the world’s switch to greener energy. Electric vehicles (EVs) as they are now would not exist without copper—they use three times the amount internal combustion cars use. One out of five vehicles sold worldwide could be an EV in less than two years, causing demand to rise and outstrip supply.

Libero is also partnering with two local colleges, the Technological Institute of Putumayo (ITP) and the National University of Colombia, to begin a water baseline study at the Mocoa deposit that would be a significant part of potential permit processes. ITP is among the most influential academic institutions in the region. The governor of Putumayo is president of the Board of Directors.

In total, Harris said the project has generated as many as 430 jobs so far, 100 in the company and 330 with contractors, including a bootmaker who needed not an infusion of money, but just Harris to vouch for him with the local bank so he could get a loan.

“This isn’t a transaction,” Harris said. “We’re helping support the dreams and the passions of the people who are already there.”

For some, those jobs are a much-needed lifeline. Rodriguez said the main source of employment is the government.

“There aren’t many private companies around, and the only few that exist here source their suppliers from other parts of the country so there aren’t many opportunities in this region,” she said.

On July 14, Libero announced a non-brokered private placement of more than 9 million flow-through shares at CA$0.33 per share for a total of CA$3 million, to be used for exploration at its Big Red copper project in British Columbia.

2) The following companies mentioned in this article are billboard sponsors of Streetwise Reports: Libero Copper & Gold Corp. Click here for important disclosures about sponsor fees. The information provided above is for informational purposes only and is not a recommendation to buy or sell any security.

4) From time to time, Streetwise Reports LLC and its directors, officers, employees or members of their families, as well as persons interviewed for articles and interviews on the site, may have a long or short position in securities mentioned. Directors, officers, employees or members of their immediate families are prohibited from making purchases and/or sales of those securities in the open market or otherwise from the time of the decision to publish an article until three business days after the publication of the article. The foregoing prohibition does not apply to articles that in substance only restate previously published company releases. As of the date of this article, officers and/or employees of Streetwise Reports LLC (including members of their household) own securities of Libero Copper & Gold Corp., a company mentioned in this article.