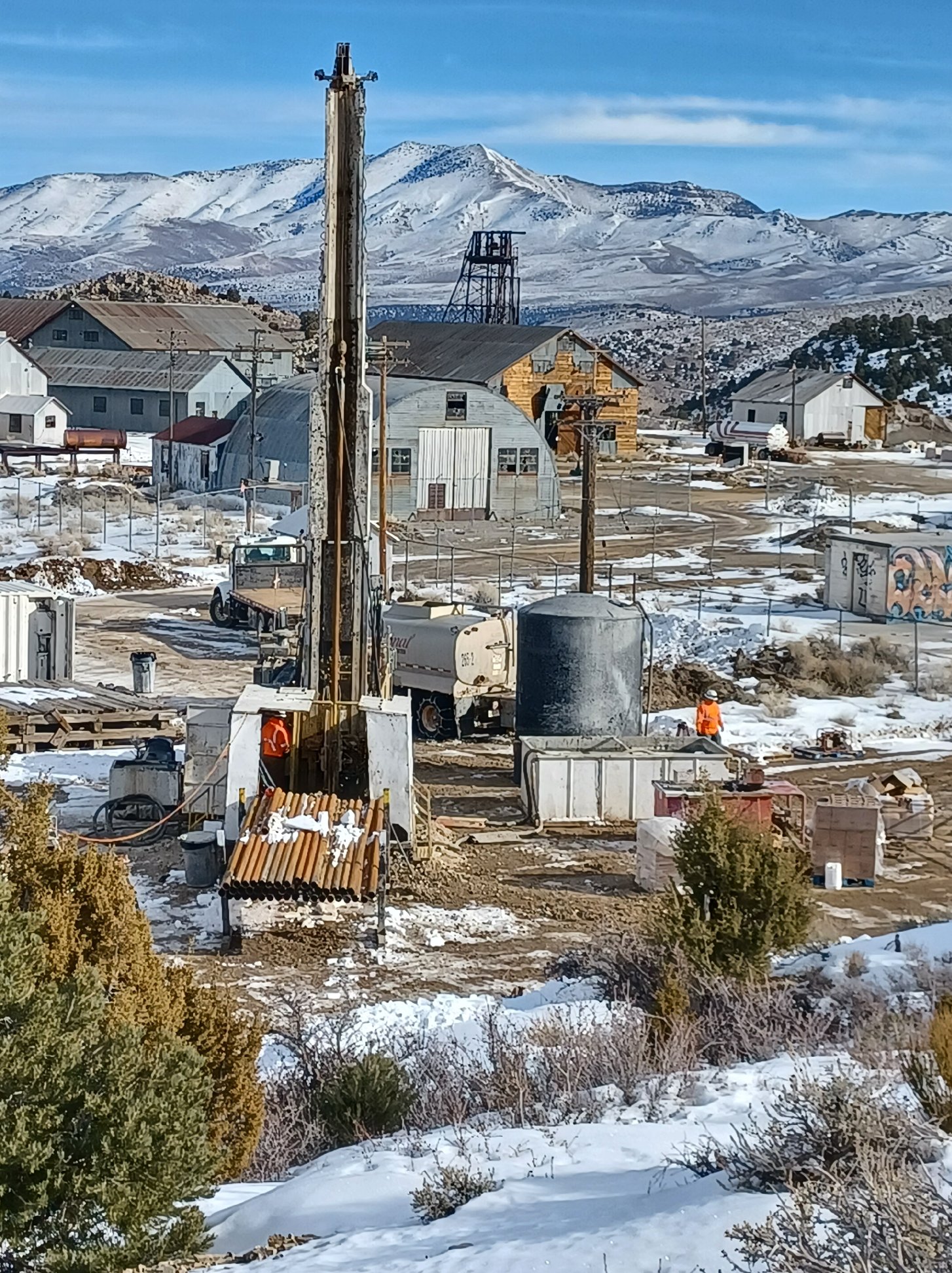 Paycore’s flagship asset is a 100% interest in the FAD project, which is located in the Ruby Hill Mining District, Eureka County, Nevada, a region with a history of high-grade CRD production that began in the 1860s and spanned a period of more than 100 years.

But even though historic mined grades rank amongst the highest for any CRD district in the world, since the 1970s the CRD potential of the Eureka District has been overlooked as prospectors chose to focus on Carlin-style gold deposits.

It is a scenario that has created an opportunity for Paycore, which is drilling a CRD comprised of base metals such as zinc, lead, and silver on its FAD property.

Paycore CEO Christina McCarthy recently seized on the opportunity to acquire the asset which has not been drilled in over 50 years.  The reason being that for the last 50  years, the Companies owning the property prior to Paycore, were mostly focused on gold mineralization.

A geologist with experience in corporate development, institutional sales and equity research, she saw the opportunity to develop and expand the historic  polymetallic resource at FAD which was briefly in production in the late 1950s.

Paycore’s Ms. McCarthy said that FAD represents one of the highest-grade polymetallic deposits in North America and is thought to boast excellent expansion potential. The proximity of the property to the town of Eureka, means it benefits from established infrastructure, including  the old mine shaft, roads and  buildings which still have core drilled from the 1940’s and 50’s. FAD was previously owned by Barrick Gold Corp. [ABX-TSX, GOLD-NYSE], which acquired the project via its acquisition of Homestake Mining in 2001.

But aside from establishing an underground polymetallic resource, McCarthy sees other opportunities at the FAD project. They include the potential to define a near-surface oxide gold resource within about 200 metres from the historic mine workings.

Another opportunity stems from the project’s location directly south of i-80 Gold Corp’s [IAU-TSX, IAUX-NYSE] Ruby Hill project, which hosts the Archimedes Pit and was previously operated by Barrick Gold. The Archimedes Pit produced about 1.4 million ounces of gold.

News that i-80 Gold has discovered high-grade polymetallic CRD mineralization in the Hilltop Zone at Ruby Hill, could have implications for Paycore if i-80 Gold with their recent announcement of pursing a scoping study to convert its existing processing plant from a mill/leach facility into a base metal flotation plant capable of processing lead-silver and zinc concentrates. Such a facility could also be used to process material from the FAD property.

“This could be huge for us,’’ said McCarthy, who can envisage a scenario that would dramatically reduce the capital cost of any future mining operation at FAD.

Progress on any of those fronts could have implications for the value of Paycore shares, which on January 17, 2023, were trading at $1.84 in a 52-week range of $2.15 and 77 cents, leaving the company with a market cap of $51 million, based on 28 million shares outstanding.

Nevada is best known for its Carlin-style gold deposits, where the gold is typically located on the rims of arsenian-pyrite around pre-existing pyrite grains and is associated with silicification and decarbonization. The so-called “Silver State” accounts for nearly 80% of the gold production from the United States. However, it can also boast a long history of base metals mining from the Eureka District.

The Eureka district, where FAD is located, is characterized by zinc-lead-silver-gold polymetallic CRD and Carlin-type gold deposits which extend several kilometers throughout the Battle-Mountain-Eureka mineral belt. 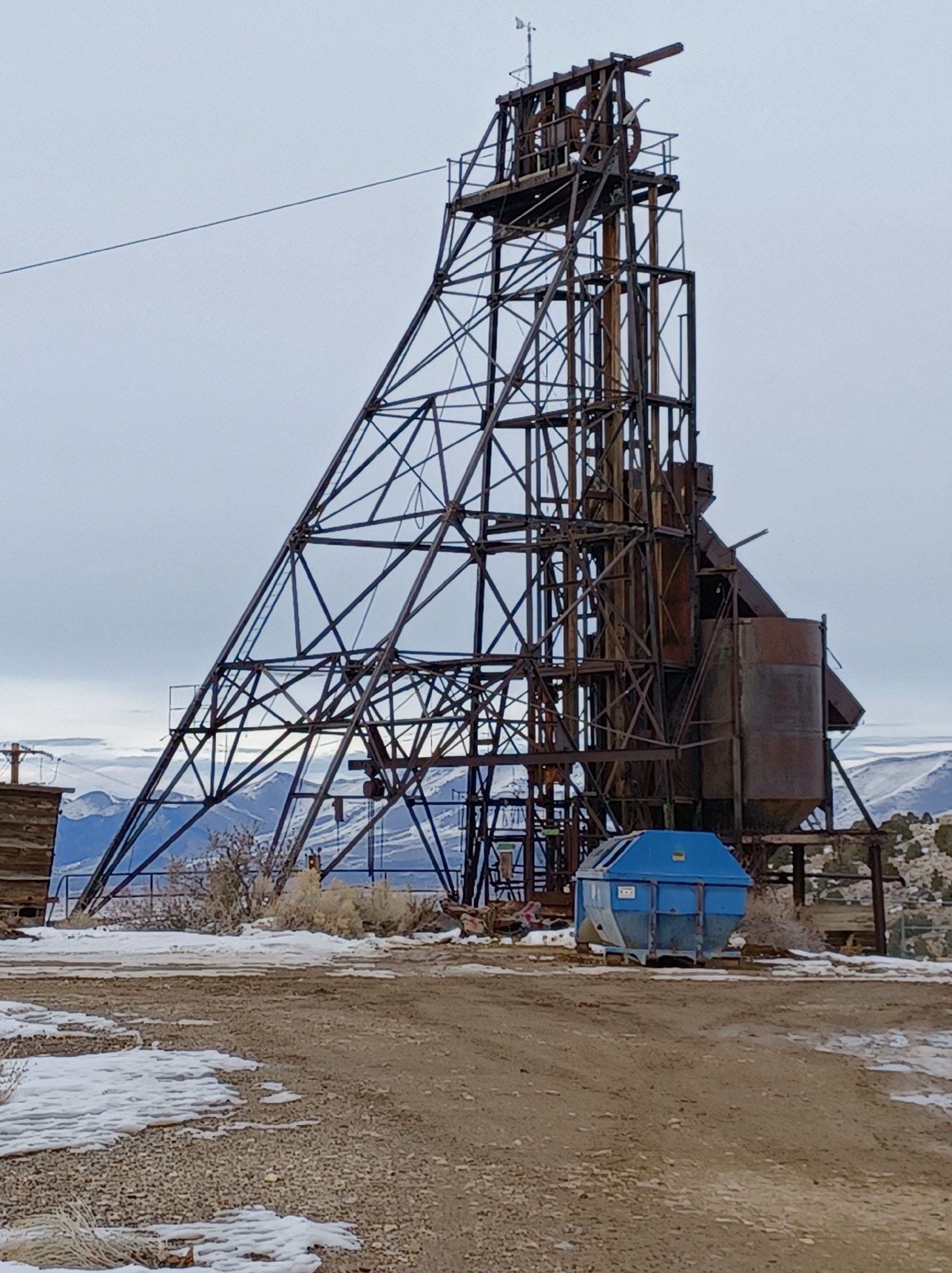 “The FAD deposit is proving to be one of the highest-grade carbonate replacement deposits (CRDs) on the globe,’’ said Paycore Chairman Jim Gowans. “Most CRDs consist of silver-lead-zinc mineralization, however, we believe there is a secondary mineralized event which is associated with the gold mineralization introduced in the CRD system at FAD,’’ he said. “These additional gold values could potentially be an additional credit in a recovery processing scenario which could add significant economic value to the deposit.’’

It is worth noting that Mr. Gowans is the former President and CEO of Arizona Mining, which owned the Taylor Deposit, also a CRD, before the company was sold to South32 Ltd. [SHTLF-OTCPK] for USD$1.65 billion in 2018. He worked for Barrick for most of his career and is now part of CORE’s management team which has  an extensive track record of advancing projects from exploration concept to production.

The FAD property consists of lode mining claims and 11 fee land parcels, covering 1,467 hectares.  Most of the property is on private ground, specifically the FAD deposit and shaft along with the exploration work being done. This typically results in a shorter time for permitting.

The FAD Main Zone deposit is located at a depth of approximately 700 metres (FAD underground) and can be accessed via a mine shaft that reaches an approximate depth of 750 metres.

A previous operator Hecla Mining [HL-NYSE] conducted intermittent test mining from 1956 to 1958, but mining was shut down due to water intake and the lack of technology needed to pump water from the mine. Prior to Paycore’s involvement, the deposit had not been drilled for over 50 years.

However, the company needs to do more drilling work to bring the historic resource in compliance with 43-101 levels of disclosure.

In keeping with that goal, Paycore recently moved to complete a Phase-1 drill program which was initially focused on two primary targets: high grade polymetallic mineralization on the FAD Main Zone, and the near-surface oxide mineralization nearby. So far, drill results have been highly encouraging.

The company said results from drilling on the FAD Main Zone continue to demonstrate the high-grade nature of the silver-lead-zinc mineralization. It said the combined 16.6% lead-zinc grade, 7.10 g/t gold and376 g/t silver grades in hole PC22-08A are among the highest combined metal grades that Paycore has drilled to date.

In a December 6, 2022, press release, Paycore tabled results from a 200-metre step out hole, which was drilled down dip from the historic resource. Hole PC22-10 returned 27.4 metres of 10% zinc, 1.0% lead, 79 g/t silver and 8.0 g/t gold from 707.8 to 735.2 metres depth. “Drilling-to-date in the Southeast Lobe has demonstrated the lateral mineralization outside the historic resource that was defined by Hecla Mining in their 1966 and 1977 feasibility studies,’’ said McCarthy.

Additionally, Paycore is planning exploration drilling within the new discovery corridor related to the untested Jackson Fault, which is associated with i-80 Gold’s recent Ruby Hill CRD discovery [on its Ruby Hill property]. “Paycore has not yet drilled this fault and has approximately 3.0 kilometres of the favourable fault structure to test,’’ McCarthy said.