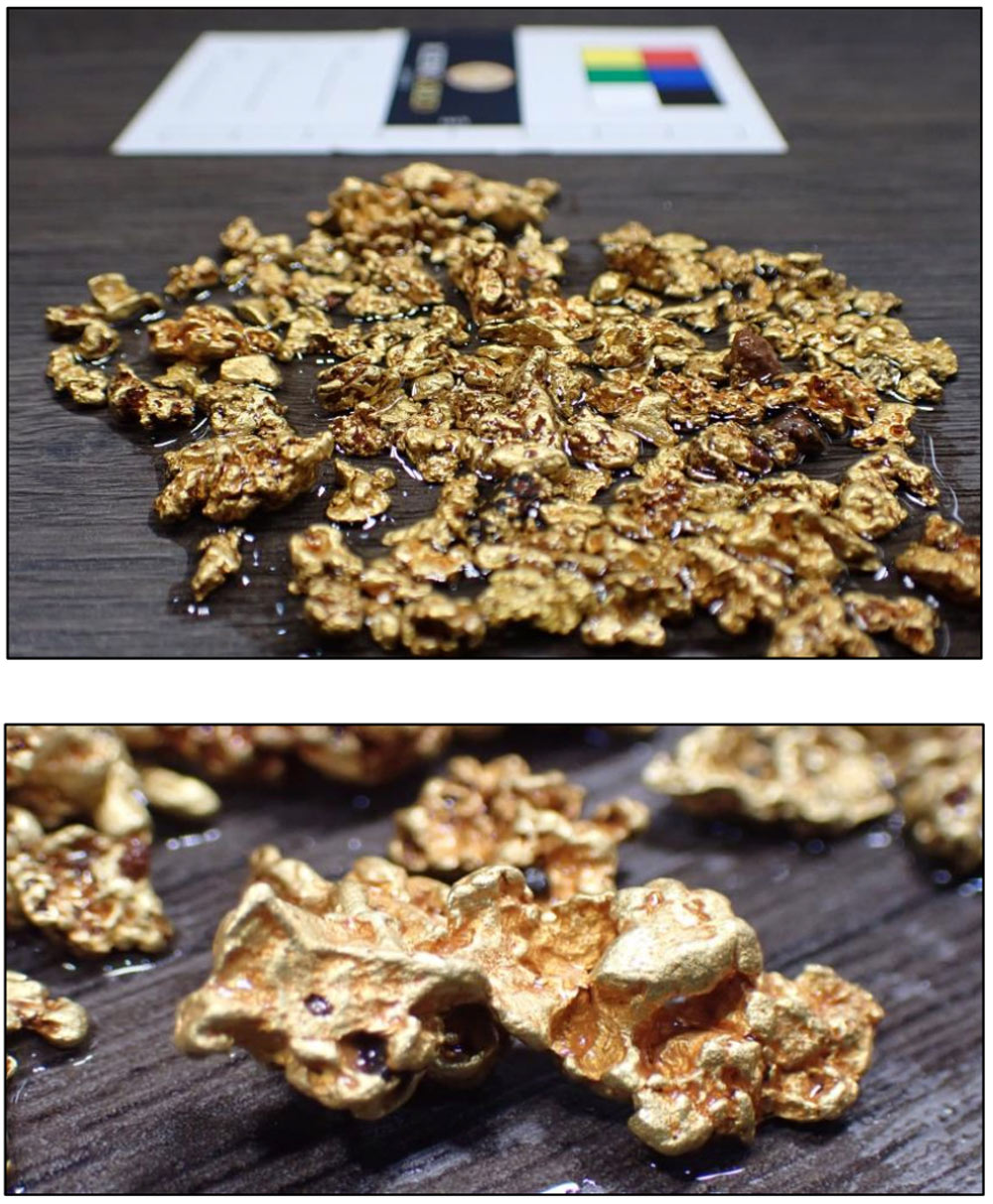 ICL is picking up gold nuggs like this over several kilometres at the Guyer prospect, part of the flagship 14 Mile Well project in WA:

And this one from the nearby Everleigh target, which the company reckons contains is about 10g worth almost $1000: The shape and composition of the nuggets suggest primary sources – AKA the motherlodes — are nearby, says ICL technical director David Nixon.

“The results of the air core program at Guyer that covers the same area will help to confirm if there is mineralisation in that area,” he says.

That aircore drilling program (usually shallow but covering a wide area) comprised 363 holes for 23,000m and the results are imminent.

ICL has seven main target areas at the ~80sqkm 14 Mile Well project, the majority of which has never been subject to modern systematic exploration.

Earlier this month magnate Nathan Tinkler bounced back from an unsuccessful takeover attempt of Australian Pacific Coal (ASX:AQC) by snapping up $10m in JAL shares at a 70% premium to the 15-day VWAP.

Tinkler, via his companies Oceltip Coal 1 and 2, will hold 19.92% of the $30m market cap met coal project developer.

JAL’s main game is the Crown Mountain steelmaking coal project in Canada, which is currently advancing through the environmental approvals and permitting process.

Tinkler says there is a distinct lack of quality steelmaking coal projects that are being developed to meet long term demand.

“I have followed the progress of the development of Crown Mountain for a number of years and am very satisfied that the Jameson management team has progressed the project to being clearly one of the most advanced steelmaking coal development projects in Canada.

“Having previously worked closely with Ms Hollows and Mr Gray on the successful Middlemount Mine development, I am very confident that the Jameson Board, and the management team in Canada, has the right critical development skills to progress the permitting, financing, and development of Crown Mountain.

“The progress and premium quality of Crown Mountain provides Jameson as an ideal platform for other steelmaking coal development opportunities.”

LCL has amassed an impressive 2.6Moz resource at its Quinchia project in Colombia but remains convinced that the “causative porphyry” (aka the ‘motherlode’) is yet to be found.

Earlier this month the program has uncovered high grade gold outside the current resource at the 459,000oz Dosquebradas porphyry, one of a cluster of targets within a 3km radius.

“We believe an early diorite dyke and associated breccia logged in historic drill core extends to surface in this region and our channel and auger samples have told us we are on the right track,” managing director Jason Stirbinskis says.

“High gold grades at surface such as those we have just encountered could have a positive impact on Dosquebradas economics and its contribution to the Quinchia project.”

The Campoona project already has an 8.55 Mt resource @ 9.0% Total Graphitic Carbon (TGC), on a granted mining lease and with approved multipurpose licences for processing infrastructure and groundwater extraction. That’s a big plus for any future operation.

ITM plans to significantly expand resources via an upcoming drilling program at the Lacroma and Sugarloaf prospects.

Landowner consent has been obtained to commence drilling in December once crops have been harvested and, subject to no unseasonal weather events, applications for approval to drill are expected to be received within weeks.

The program is expected to take around 6-10 weeks to complete.

The funds will also be used to undertake resource drilling at the Caralue Bluff rare earths and kaolin prospect, which has an exploration target of 110–220 Mt at 635–832ppm total rare earth oxides (TREO) and 19-22% aluminium oxide.

The $26m market cap stock is up 40% year-to-date, but well down on a peak of 67c per share reached late April.

It’s not a bad time to become a copper-gold producer, with prices for both metals currently edging higher.

AUQ says construction of its 51%-owned Al Wash-hi Majaza copper-gold project in Oman remains on track for completion in the June 2023 quarter.

“The Al Wash-hi Majaza copper-gold project has continued to literally rise out of the ground over the past month,” AUQ managing director Atmavireshwar Sthapak says.

“This exciting period is expected to see Alara successfully transition from being a pure explorer into a resources company holding a majority stake in a new mine producing a commodity critical to a range of production processes, in both the so-called ‘new’ and ‘old’ industrial sectors.”