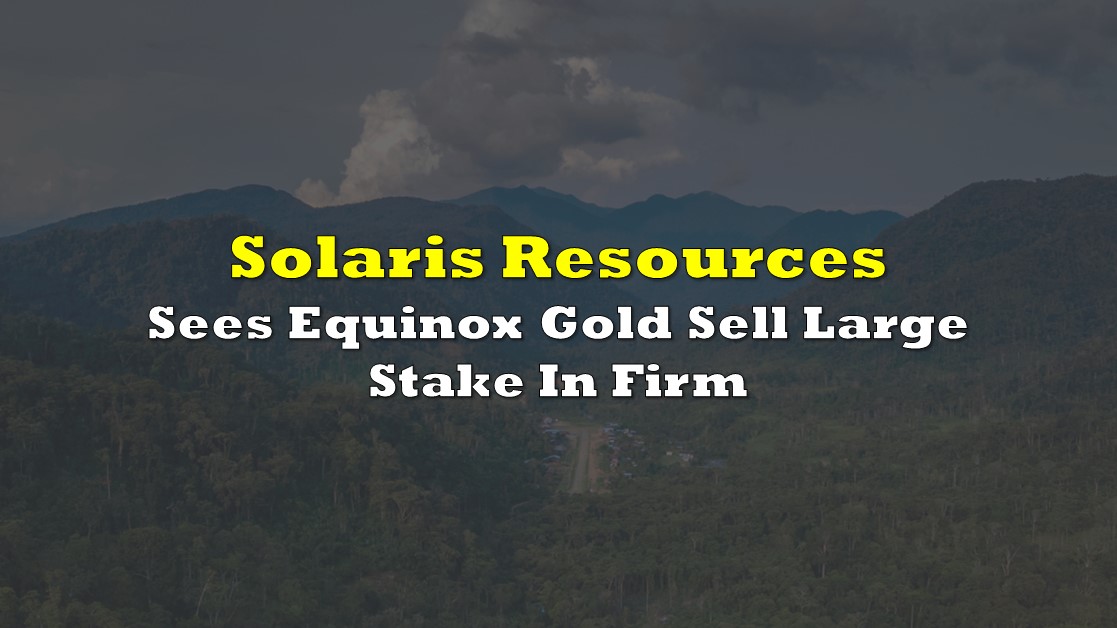 Solaris Resources (TSX: SLS) has seen one of its largest shareholders liquidate its position rather significantly. Equinox Gold (TSX: EQX) this morning indicated that it has monetized a large portion of its interest in the miner.

Equinox has reportedly sold a total of 11.0 million common shares of its holdings in Solaris, generating gross proceeds of $70.4 million in the process. The sale as a result will no longer make Equinox an insider of the company, meaning the company no longer has to report its sale transactions.

Prior to the sale, Equinox held 15.5 million shares of the issuer, as well as warrants to acquire 7.5 million additional shares, which equated to a 17.88% stake on a partially diluted basis. Following the sale, the firm now holds just 4.5 million shares in Solaris, while still holding its warrants.

WATCH: Where Are Copper Prices Heading In 2023? — With Daniel Earle

Equinox has entered into an agreement that it will not sell any additional shares of Solaris for a period of 120 days.

Solaris Resources last traded at $7.11 on the TSX.