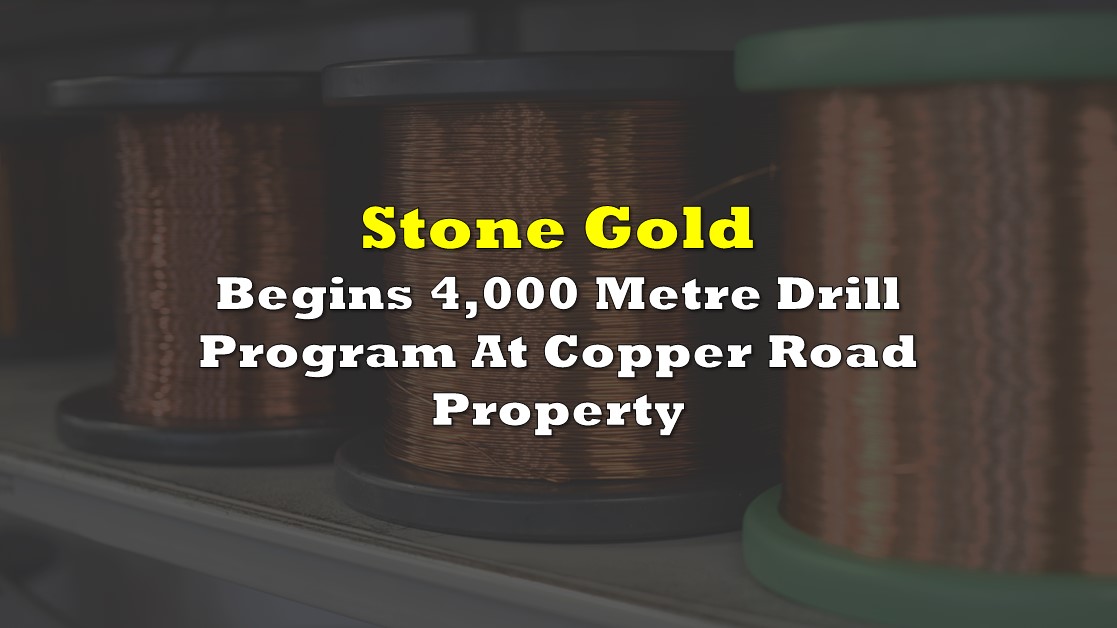 Drilling is now getting underway for Stone Gold (TSXV: STG). The firm this morning indicated that its drill program has commenced at its massive Copper Road Project, which is found within the Batchewana Bay district of Ontario.

The program currently outlined for the property is to consist of 4,000 metres of drilling in aggregate, although details on just how many holes that is to include was not provided. Drilling is to focus on the Tribag Mine Zone on the property.

The Tribag Mine Zone encompasses the past producing Tribag Mine, which was previous mined by Teck Resources in the late 1960’s and early 1970’s. The zone is known to have a total of six breccia pipes, referred to as the Breton, East and West breccias. Production on this region of the property saw a total of 1.2 million tonnes of 1.2% copper extracted over several years. Thanks to the region being closed for staking since the closure of the mine in 1972, this portion of the property has not been explored in almost five decades.

“The consolidation of the Batchewana Bay District was long overdue. The area has seen limited exploration since the 1970s, and we believe the Copper Road Project has the potential to deliver a sizeable copper deposit,” said CEO John Timmons on today’s announcement. Previously, Timmons has been quoted stating that the goal of the program is to “establish the grade and depth potential of the Breton and East Breccias at the Tribag Mine Zone, while performing full spectrum assay analysis to test for additional mineralization known in the area.”

The company intends to also test the region for gold, silver, rhenium, molybdenum and tungsten, in addition to copper.

Stone Gold last traded at $0.29 on the TSX Venture.