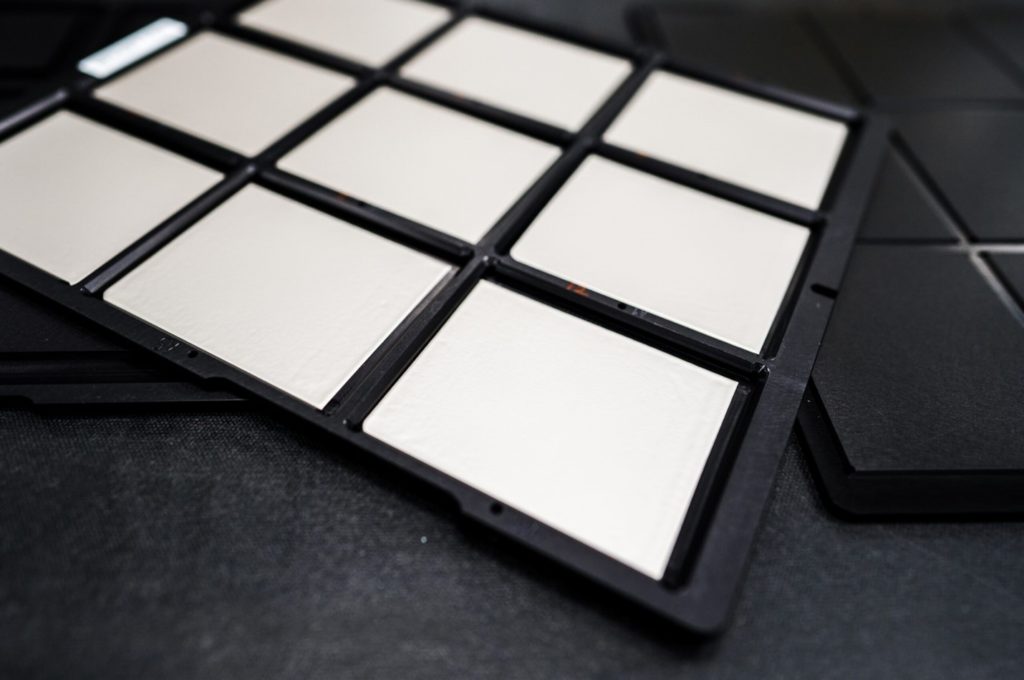 The EV Revolution is in full-swing right now.

Tesla $TSLA has a market cap near 730 billion and, not long ago, opened its Texas gigafactory in April. Lucid $LCID recently rolled out its first cars with 500-plus miles of driving range. In November 2021, Rivian (NASDAQ:RIVN) had the biggest initial public offering (IPO) since Meta (NASDAQ:META). Every legacy automaker — from Ford (NYSE:F) to GM (NYSE:GM) to Volkswagen (OTCMKTS:VWAGY) — is investing tens of billions into electrifying their fleets.

Indeed, this next generation of transportation is off to a roaring start.

But here’s the thing. The EV Revolution won’t go mainstream until we make better batteries.

They power our phones and our electric cars. Batteries are what run our laptops.

But while batteries make things work, today’s batteries are keeping EVs from working as well as they could.

That may seem counterintuitive to you. I see why. Without batteries, all the modern technology we use each day — phones, computers, cars, watches, TVs — would be useless.

Why does it take your phone hours to fully charge?

How come your laptop doesn’t last very long without a power connection?

Why can’t your electric car drive for thousands of miles on one charge?

The answer to all those questions is that the batteries in those machines simply won’t allow it.

To understand why, we need to take a quick trip back to chemistry class…

Batteries comprise three things — a cathode, an anode, and an electrolyte. Batteries work by promoting the flow of ions between the cathode and anode through the electrolyte.

Conventional lithium-ion batteries — which are currently the dominant status quo — are built on liquid battery chemistry.

That is, they comprise a solid cathode and a solid anode with a liquid electrolyte solution connecting the two.

These batteries have worked wonders for years. But due to a liquid electrolyte’s physical constraints, they’re now reaching their limit in terms of energy cell density.

Indeed, you can only compress a liquid so much. So, these batteries can only get so small and can only pack in so much charge.

We are now reaching those limits. And that means that conventional lithium-ion batteries will never be able to charge your phone in minutes. They won’t make your laptop last for days or power your electric car for thousands of miles on one charge.

It’s just not going to happen.

So, if we want our phones, watches, and EVs to last longer and charge faster, we need a different battery.

Enter the solid-state — the forever battery.

Emergence of the Forever Battery

With solid-states, the name pretty much says it all.

You take the liquid electrolyte solution in conventional batteries and compress it into a solid. That creates a hyper-compact solid battery. And since it has zero wasted space and theoretically infinite energy density, it lasts far longer and charges far faster.

Of course, the implications of solid-state battery chemistry are huge.

Solid-state batteries could be the key to making our phones sustain power for days or charging our smartwatches in seconds. They could allow electric cars to drive for thousands of miles without needing to recharge.

Specifically, adoption of solid-state batteries has been essentially non-existent, despite their theoretical superiority, for two major reasons:

One small, unknown startup introduced a breakthrough technological process that will allow solid-states to become a disruptive reality.

This company will fundamentally change our world — and unlock huge shareholder gains along the way.

Several promising startups have made significant technical progress over the past several years in the construction of viable, effective solid-state batteries. But only one of them — QuantumScape (NYSE:QS) — has basically solved the problem.

Specifically, QuantumScape has figured out how to reduce solid-state battery costs and eliminate the dendrite problem.

What’s more, the company has employed an anode-less battery cell design. It eliminates anode manufacturing costs and brings QuantumScape’s all-in battery expenses to 17% lower than that of traditional lithium-ion batteries.

The company has also developed a streamlined process for sourcing its materials. And this should allow for scalable and cost-effective solid-state battery manufacturing.

By making it far cheaper and far easier to manufacture, it paves a path for EVs to replace traditional vehicles.

Thus, QuantumScape has addressed the two largest short-comings of solid-state battery chemistry. And it’s positioned itself to create a new class of EV batteries that are much cheaper, last much longer and charge much faster than traditional lithium-ions.

This is more than just “talk.” QuantumScape is backing it up with real-world data.

In December 2020, the company released performance data for its forever battery technology. And it broadly underscored that these batteries are a complete game-changer. 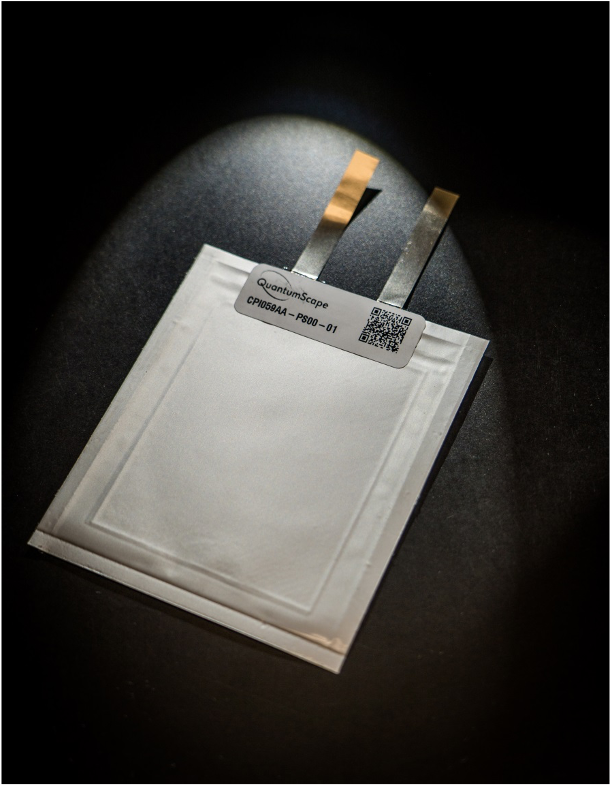 The data, based on testing of single layer battery cells, shows that QuantumScape’s batteries:

And that was just data based on single-layer testing.

Indeed, those are total game-changing features in the EV battery world.

If you don’t believe me, then maybe you’ll trust the word of Dr. Stan Whittingham. He’s co-inventor of the lithium-ion battery and winner of the 2019 Nobel Prize in chemistry. And he said:

“If QuantumScape can get this technology into mass production, it holds the potential to transform the industry.”

QuantumScape doesn’t just have the best technology in the forever battery industry. It also has ample talent, resources, and partnerships to ensure that it sustains its edge.

Management is headed by the former founder of Infinera (Nasdaq:INFN), who’s also a Stanford grad. And the team is essentially a handpicked group of the best-of-the-best of Stanford and Berkeley physics grads. Indeed, the company’s chief scientific officer is the chair of mechanical engineering at Stanford.

Meanwhile, Volkswagen — the world’s largest auto maker committed to electrifying its vehicle portfolio — has poured $100 million into QuantumScape. And it’s committed to using the company’s solid-state batteries in its cars by 2025.

At the same time, QuantumScape has raised more than $1.2 billion through funding rounds. Volkswagen also has a lot of cash to throw at the company. So does Bill Gates.

Broadly, then, QuantumScape has sufficient resources and doesn’t have to worry about cash burn today. Instead, it can focus on its long-term goal of becoming a ubiquitous, best-in-breed supplier of solid-state batteries.

Overall, from head to toe, QuantumScape is as good as it gets when it comes solid-state battery makers.

The Final Word on the Forever Battery

Big picture: the technical progress being made in solid-state battery chemistry is not being overstated. It’s legitimate. It’s happening. And over the next few years, this emerging technology will forever change the EV industry. And, indeed, it’ll forever change the entire electronics world.

Some of the stock market’s biggest winners in the 2020s will be solid-state battery makers.

QuantumScape projects as one of those mega-winners. But it won’t be alone. And in fact, it won’t be the biggest winner in the electric vehicle space.

In fact, we see this as the beginning of a massive Energy Transition.

Even the world’s largest company, Apple (NASDAQ:AAPL), is getting onboard with its own autonomous EV.

Yes, the creator of the iPhone, the iPad, the Mac and the Apple Watch is making a move into the Energy Transition via the launch of its very own EV.

Considering how Apple’s previous innovations have shifted paradigms, the Apple Car will be a gamechanger for EVs.

We’re even more convinced that the companies that supply critical components for Apple Car will make fortunes for their investors.

We’ve identified one such critical parts supplier. And its stock is only trading for $3.

To prime you, I just put together a presentation about the Energy Transition. In it, I talk all about Apple’s next big product launch and the tiny supplier stock that could soar 40X as the Apple Car takes over the world.

The energy revolution is here. It’s time to plug in.

The post The Forever Battery That Promises to Change the EV Industry appeared first on InvestorPlace.

For several reasons, now is a very good time to buy the best-emerging markets stocks. First of all, the current strength of the dollar increases the profits… 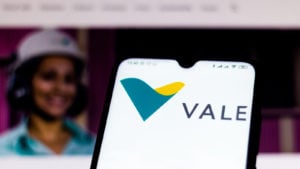 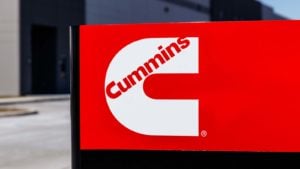 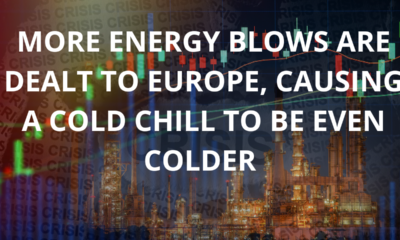 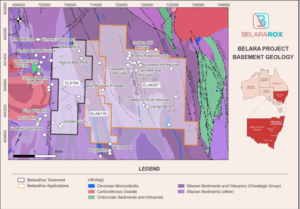 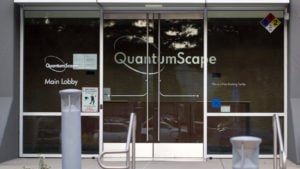