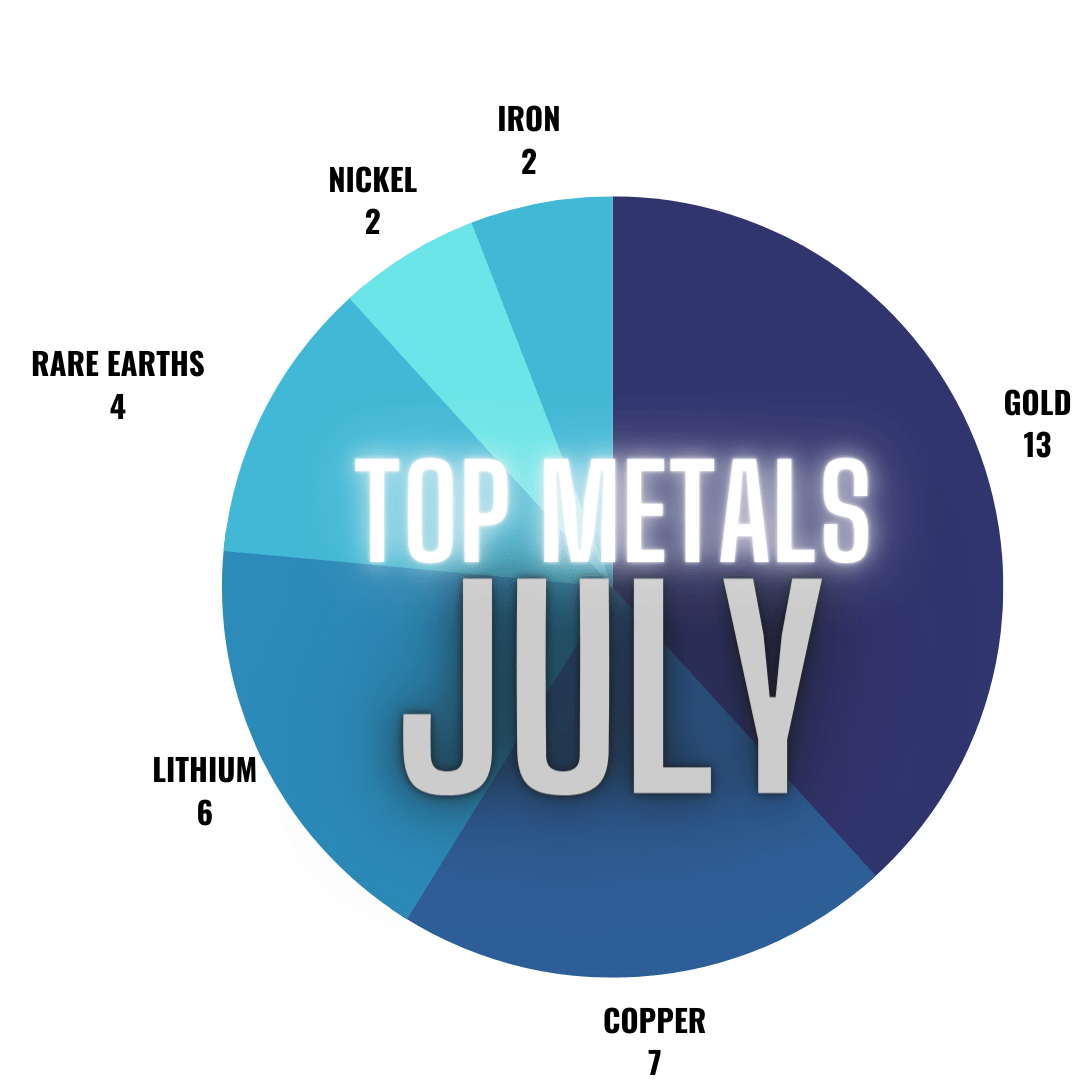 July was a better month for ASX resources stocks, just, although June’s catastrophic losses – compounded by poor months in April and May – set a low bar.

Despite the wider ASX200 posting a 5.2% gain for July the S&P/ASX 200 Resources [XJR] index, which includes the biggest miners on the ASX, still finished flat.

The ETF, which is heavily weighted towards big boys like BHP (ASX:BHP) and Rio (ASX:RIO),  is down +12% year-to-date.

But what about the small caps?

The performance of the little guys is driven  overwhelmingly by investor sentiment, not profit/loss statements. General market sentiment rebounded strongly in July.

In July, there were three small cap resources stocks with gains above 100%, and 21 all up with gains above 50%.  Still down from the loose 10-bagger days of yesteryear, but a promising improvement, nonetheless.

More than sentiment, though, was the attraction to individual stories.

Those explorers with exciting tales to tell last month did very well, regardless of commodity.

Here’s a breakdown of the six most popular commodities for July:

But as you can see below, it’s nice and diverse.

The top 25 even includes cameos from lesser known, but very cool, elements like rubidium and antimony.

READ: Antimony — One of the most important critical minerals you’ve never heard of

TYX is now up 400% since mid-May, when it pivoted to lithium with the acquisition of the early stage ‘Namibe’ project in Angola, West Africa.

Early signs were promising, with the company dusting off historical rock chip samples containing up to 7.49% lithium.

A fresh sampling program is now complete, the company says, with the intention now “to begin drilling as soon as possible”.

In late July, this tiny South African coal miner and project developer entered into a coal sales and marketing agreement with a company called Overlooked.

This will see coal exported from MCM’s small Uitkomst operation “ensuring the colliery benefits from the prevailing international coal prices”.

“The colliery does not produce sufficient coal to fill a ship on a monthly basis and a partnership with Overlooked will facilitate more frequent shipments at higher international thermal coal prices,” MCM boss Godfrey Gomwe says.

“These prices have remained higher than previously forecasted and the marketing agreement ensures that Uitkomst benefits from the prevailing price, particularly our pea-sized products, as these were historically sold into domestic fixed price contracts.”

“The colliery will continue to supply coal to the local market, but at reduced volumes.”

The project would use existing infrastructure to minimise upfront costs, which have been estimated at $41m.

Mining at its historically troubled Davyhurst gold operation near Kalgoorlie was restarted in February 2021 with plans for an initial 5.2 years of production at 81,000oz per annum.

This was not to be, with ongoing cost and performance issues prompting the company to initiate a strategic review and ‘reset’ of its operations earlier this year.

In early July, OBM secured the services of a new chief exec to improve its fortunes.

“We couldn’t be happier that Luke is joining us,” OBM chairman Peter Mansell says.

“He has had considerable experience managing mining operations and is highly qualified to guide Ora Banda through its current operational reset plan.

“We look forward to working with him for many years to come and are confident that, together, we can extract maximum value from Ora Banda’s highly prospective land package.”

This is an attractive outcome for shareholders, PSC says, with consideration equating to roughly $1.23 per share.

“After payment of transaction costs, Prospect is preparing to distribute almost 95% of the net proceeds from the transaction to its shareholders, with approximately $34 million to be retained for future activities,” chairman Mark Wheatley said July 22.

“The board believes that, with approximately $34 million of available cash and continuation of the current management team, that the company is appropriately resourced to deliver on this strategy,” Wheatley said.

In early July, small copper explorer CBE slashed board compensation to ensure “as much capital as possible flows into the exploration programme in Botswana”.

All up, these changes would result in an annualised saving of around $300,000 plus entitlements.

Not that it should come as a surprise; the CBE team is stacked with talent.

It includes David Caterall, a geologist with a long history of exploration in the Kalahari Copper Belt where he has been involved in the discovery of several of the known economic deposits.

Joining him is Thomas Rogers, who was a co-recipient of the 2015 PDAC Thayer Lindsley Award for his role in the discovery of the Kamoa Copper Deposit (DRC), as was Dr Ross McGowan, who was recently appointed to the CBE as a non-executive director.

The post Who Made the Gains? Here are the top ASX miners and explorers for July appeared first on Stockhead. 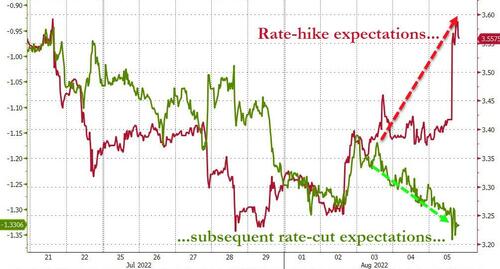