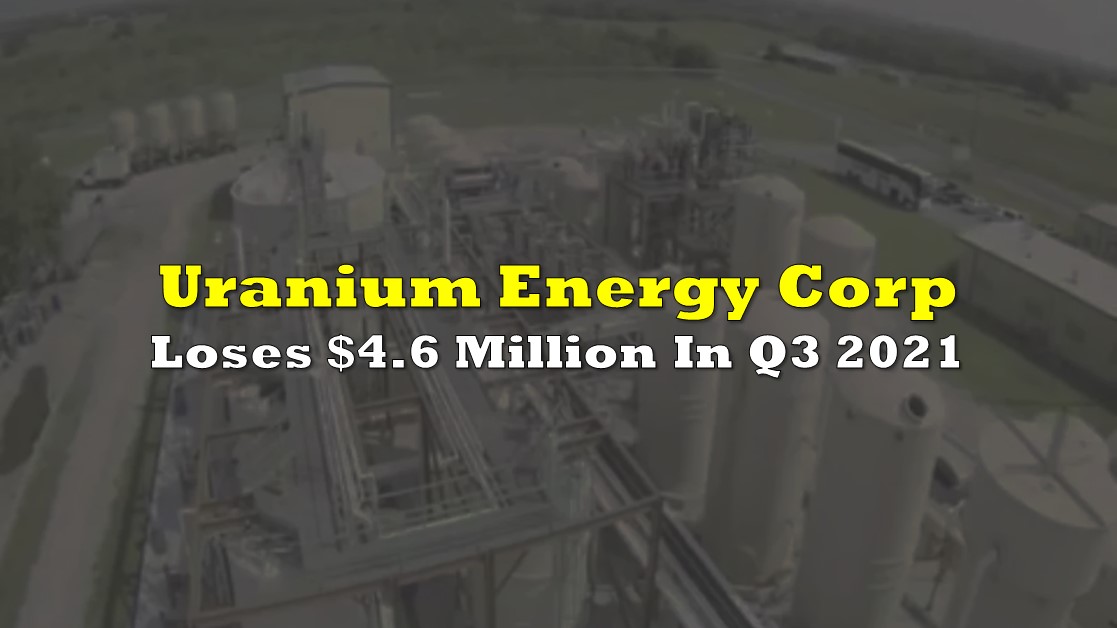 Uranium Energy Corp (NYSE: UEC) filed its quarterly report for the nine months ended April 30, 2021. A net loss of just under $4.6 million was reported for Q3, compared to approximately $3.3 million for the same period last year.

No revenues were reported for the period by the company, with the firm instead posting a loss from operations of $4.8 million, consisting of mineral property expenditures of $1.5 million, and general and administrative expenses of $3.3 million.

This was partially offset by other income of $0.3 million. Other income was largely comprised of $0.9 million in income from equity-accounted investments, which was offset by interest and financing expenses of $0.6 million.

Uranium Energy Corp. reported that it held $123.4 million in cash, equity and physical holdings which consisted of uranium inventory holdings of $26.2 million, 14 million shares of Uranium Royalty Corp, and $47.9 million in cash.

Uranium Energy Corp last traded on the NYSE American at $3.29.

This article was originally published at https://thedeepdive.ca/uranium-energy-corp-loses-4-6-million-in-q3-2021/