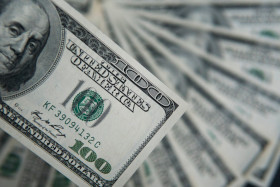 The US dollar is trading higher as investors take more of a cautious approach to the financial markets in the middle of the trading week. Traders are combing through the data, including consumer prices and mortgage lending, but they are also keeping an eye on the US impeachment vote. The greenback is continuing its surprisingly strong start to 2021, but can the currency keep up the momentum?

In the week ending January 8, mortgage applications surged 16.7%, reports the Mortgage Bankers Association (MBA). This is up from the 1.7% boost in the previous week. The 30-year mortgage rate edged up 0.02% to 2.88% in the same week.

Could this be the beginning of surging inflation in the US? Kansas City Federal Reserve Bank President Esther George warned in prepared remarks on Tuesday that the country should get ready for inflation rising faster than expected. This, she says, could weigh on the economy.

In contrast to these sectors, price inflation for many other categories of consumption (particularly goods) has moved up, sometimes quite sharply.

Such a scenario does not suggest higher inflation is a near-term threat, but rather that inflation could approach the Committee’s average inflation objective more quickly than some might expect.

The quiescence of inflation that has characterized the last decade may not be a good guide for what’s going to happen in 2021, where I would expect more volatile pricing, possibly higher inflation than we’re used to.

In addition to data, financial markets are monitoring the situation on Capitol Hill. Lawmakers are expected to vote on President Donald Trump’s second impeachment after Vice President Mike Pence rejected applying the 25th Amendment to remove him from office. The House of Representatives had voted 223–205 on a resolution to compel the vice president to invoke the 25th Amendment.

Pence wrote in a letter to Congress:

I do not believe that such a course of action is in the best interest of our nation or consistent with our Constitution. I will not now yield to efforts in the House of Representatives to play political games at a time so serious in the life of our nation.

The US Dollar Index, which measures the greenback against a basket of currencies, continued its market-defying performance at the start of 2021. The DXY picked up 0.24% to 90.31, from an opening of 90.00. The index has surprisingly risen 0.44% in the first two weeks of trading.

A Big Jump In Gas Prices Pushes Overall CPI Up 0.4 Percent In December